adidas have unveiled the exclusive design for the match ball of the UEFA Super Cup 2010. 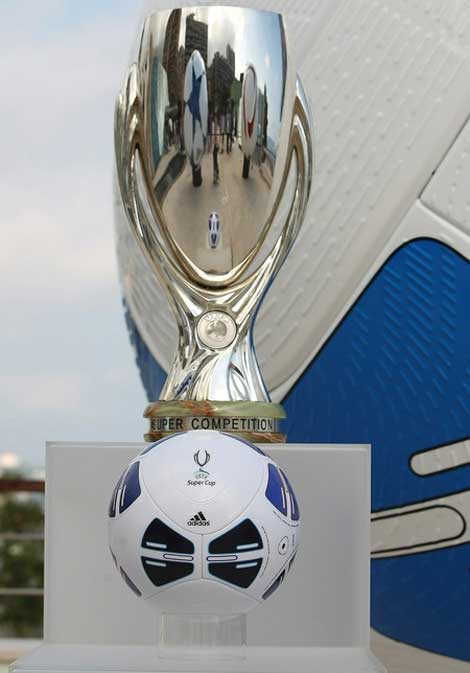 When UEFA Cup winners Athletico Madrid and UEFA Champions League winners Inter Milan take to the field in Monaco, they’ll be playing with the latest incarnation of the debated-to-death adidas Jabulani.

Building on the success of last year’s design (2009 was the first time adidas designed a new ball exclusively for the UEFA Super Cup) adidas have once again gone to some lengths to design a ball that captures the spirit of the 2010 match up.

Keen observers will notice the that the design on the ball features 3 sets of colours; Black and Blue for Inter Milan, the Red and Blue of Athletico Madrid and on the top of the ball; Navy and Sky Blue, the official colours of the UEFA Super Cup. 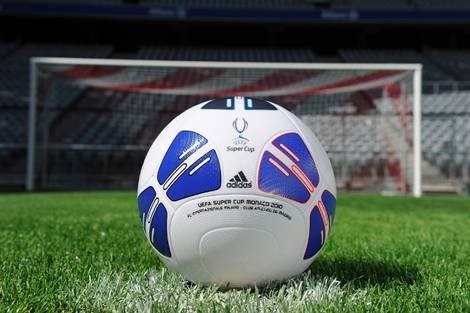 Aside from this swanky new paint job, the adidas Super Cup 2010 Match ball offers all the same technologies of the Jabulani including;

Grip’n’Groove technology on the Upper for enhanced control

Only 8 Panel ball in the World

The ball will be sold in selected retail outlets throughout Europe and exclusively at the UEFA Super Cup in Monaco, making it a real collector˘ item.

We can’t wait to see two of Europe’s best teams go head to head with this awesome looking ball.

And we’re even more interested to see how this recoloured Jabulani performs on the pitch, as we’ve often speculated that it’s just the unusually colour panels that give it a sense of weird movement!