The World Cup may have ended some 10 months ago, but adidas are still very much on damage control duties'  from the Jabulani World Cup ball fiasco. After replacing it quick-sharp by releasing the ‘SpeedCell’ early, their next-generation football template makes a debut here on the Torfabrik, the official Bundesliga match ball for the 2011/12 season. 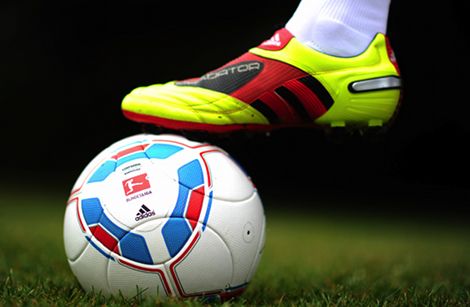 The DFL unveiled the brand new adidas-designed football that will be used for the 2011/12 season today. Retaining the name ‘Torfabrik’ (which translates to English as ‘Goal Factory’) the new design looks sharp in a simplistic white with red and blue branding.

As with last year’s ball (which caused a a bit of a stir given it was based on the Jabulani design) the new adidas Torfabrik was made available to all Bundesliga clubs earlier in the week to give teams enough time to practice. 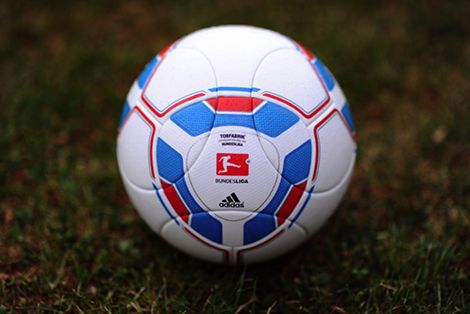 DFL Executive Board for Marketing and Communications member Tom Bender explained why the new ball had been presented two days after the 2010/11 season finale: ”We wanted to give the clubs enough time to get used to the new ball, what with the Bundesliga starting so early next year.”

Each of the 36 professional clubs across Germany˘ top two tiers will receive a set of new balls over the summer. Stop giggling at the back. 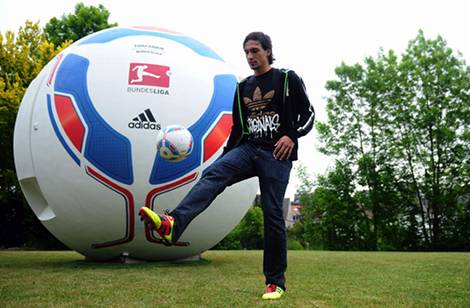 Freshly-crowned champion Mats Hummels of Borussia Dortmund (the chap in the photos) was suitably impressed after firing his first shot with the new ball straight into the top corner: ”That ball could be my lucky charm.”

The ‹Ĺ›Torfabrik˘€žË has more than lived up to it˘ name, with 894 goals scored in 306 matches so far Ĺ› an average of 2.92 goals per game. Only 14 fixtures involving the ball have ended goalless.

Here’s adidas’ official video on the specifications of the Torfabrik – it’s in German (sorry about that…) – but around the 3 minute mark you get to see all the cool machines that adidas use to test each ball for roundness, water retention and so on.

What do you think to adidas’ latest football?

Let us know your thoughts on the Torfabrik below!

Written By
Kyle Elliot
More from Kyle Elliot
Puma cap off another incredible year with the reveal of Mario Balotelli...
Read More