adidas continue to fuel speculation that they have a huge shake-up coming this year as some of the biggest names in their stable have been out in force testing some brand new prototype football boots.

There’s plenty of hot rumours swirling around the internet that adidas are planning some big things across the summer, with some new models set to launch at some point in 2015. 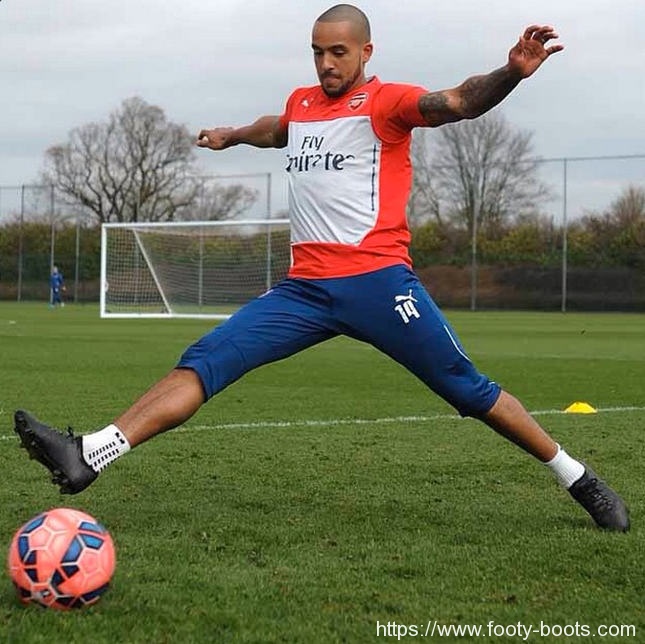 Theo Walcott and Gareth Bale were two such stars testing out a boot we’ve seen before on the likes of Bayern Munich’s Thomas Muller; an intriguing low-profile effort with a slight collar and almost mid-cut silhouette.

With smaller, conical studs (and four of them under the heel, unlike the new f50) Theo’s reputation as a speedster certainly puts weight behind the theory that these will be boots aimed towards faster, more aggressive players. 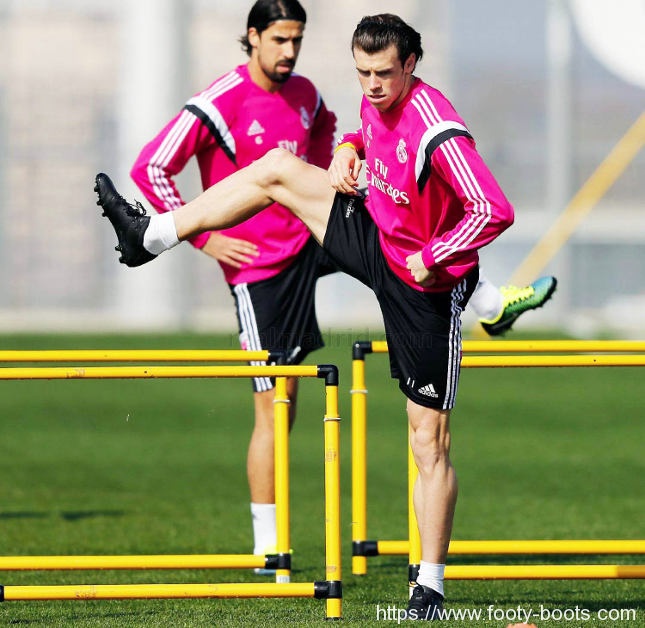 There has been no end to the debate over the naming convention that these football boots will eventually have, with ‘X’ and ‘Chaos’ both mooted monikers.

Gareth Bale gave us a rather good look at the upper of the boot, with it clear that there seems to be a tongue on top of the inner collar, providing an important point of difference to the Flyknit football boots Nike launched last year.

For an idea of how this might work, the adidas FREAK American football cleats offer a similar style, with an inner TechFit sockliner integrated into the boots overall design. 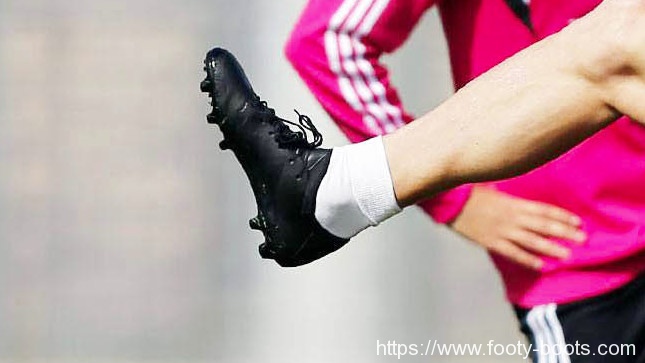 Also in testing in the Real Madrid camp was another new prototype on the feet of Iker Casillas.

The Spainish international goalkeeper had both a pair of football boots and goalkeeper gloves that bore a striking embossed pattern on the upper. 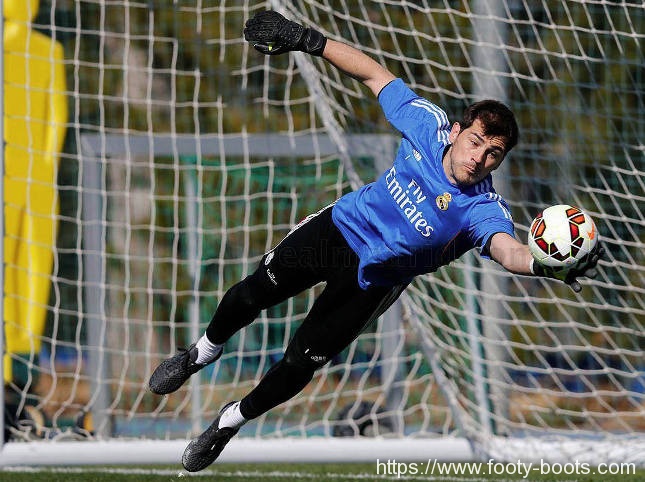 An update of the prototype we saw being tested by Casillas’ former teammate Xabi Alonso, adidas seem settled on this highly-intricate design for another new football boot set to hit the pitch in the coming months.

With Predator-styled elements across what looks to be the entire boot, there’s definitely more than a hint of Predator Instinct about the design, even if this is set to be something entirely new from adidas.

Of course, the current king of the adidas crop is Leo Messi, with the Argentine wizard firing in a hat-trick this weekend to leave his personal achievements list longer than the Wikipedia entry on most clubs.

The FC Barcelona star slipped in to something new in training this week, completely different to the other boots we’ve seen on Casillas, Walcott and Bale. 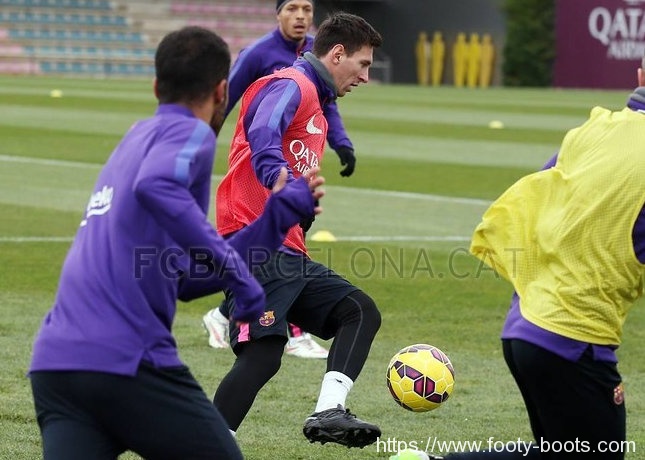 Distinctly the most ‘classic’ speed boot looking of the bunch, there’s definitely some interesting design choices going on with Messi’s new boot.

Messi has often worn completely custom football boots in the past, so if these are boots to his specification there are some definite talking points.

The soleplate seems to be an aggressive bladed traction system, with midfoot support in the form of a ‘figure of eight’ crossover under the arch of the foot.

Interesting times at adidas football, here’s hoping they don’t leave us waiting too long for us to get our feet in these!