Following on from yesterday’s look at how adidas test the new adidas Tango 12 in their labs, we took to the Adi Dassler Sportsplatz in Germany to see how the new Euro 2012 match ball performed on the pitch! 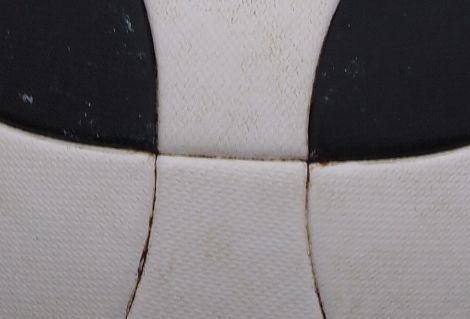 adidas once again opts for a textured casing on the Tango 12, similar to the current season’s Champions League and Europa League balls.

The result is a ball that offers a decent amount of first touch and grip, despite being made of a super-smooth synthetic like TPU.

Another boost over previous adidas balls is the Tango 12 features more panels, which means more seams. Whilst they’re heat-sealed and very will implemented, having these extra ‘imperfections’ in the balls surface gives you another little clue as to where the ball is on your foot when you’ve got your head up. 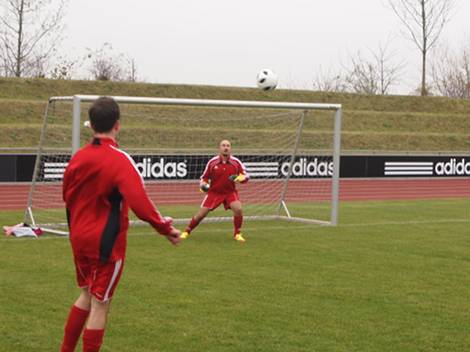 The one area that everyone wants to hear about on an adidas ball – does it fly well?

As well as putting the hammer into the ball myself from a few free-kicks and long range efforts, it was interesting being able to see how the rest of the players were striking the ball, as well as the results they were getting.

There was one shot in particular that someone on my team caught right on the sweet spot, and whilst the ball travelled at an impressive speed, it didn’t dip or move wildly as some other balls might have – it’s flight was almost unerringly accurate, giving a great sense of control on strikes, crosses and low drives. 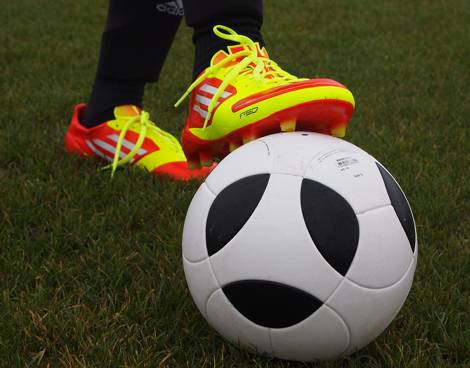 As much as the focus was on trying to get the new Euro 2012 ball to do crazy things in the air, I really enjoyed the adidas Tango 12‘s performance on the ground.

The ball has a much more solid feel than it’s predecessors, with a sense of weight that the Jabulani and Speedcell were both lacking.

Coupled with the new style of textured casing, every through-ball or pass felt like it had a real sense of purpose and direction, thanks to this more solid feel. 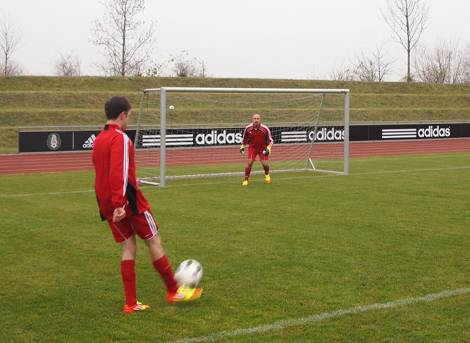 As you might have noticed from yesterday’s pictures, these particular balls are in a rather swish black-and-white colourway – rather than the official Euro 2012 livery – simply because the design hadn’t yet been revealed.

Not that the colour of the ball matters, of course, but it’s worth mentioning as some Footy-Boots.com staffers actually really like this simple black-and-white colourway and we just wanted to show it some love! 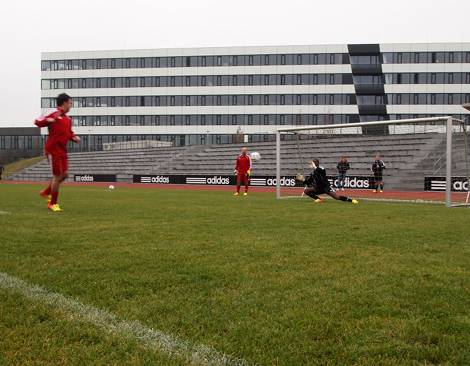 The word that best describes the adidas Tango 12 is ‘Solid’.

Rather than the light and floaty balls that adidas have produced lately, the new Euro 2012 ball has a lovely level of rigidity and resistance to it’s design.

The increased amount of panels seem to make it behave more traditionally, whilst still being light and water resistant and even the little things have been addressed – the Tango doesn’t make the same high-pitched ‘ping’ the Jabulani used to make when you kick it.

All in all, the adidas Tango 12 is arguably the best football adidas have produced since moving away from the traditional 32-panel design.

Written By
Kyle Elliot
More from Kyle Elliot
We get up close and personal with the F50's Leo Messi will...
Read More