The 2011 Women’s World Cup rolls around in June, and this year it’ll be held in stadiums across Germany – home of adidas. 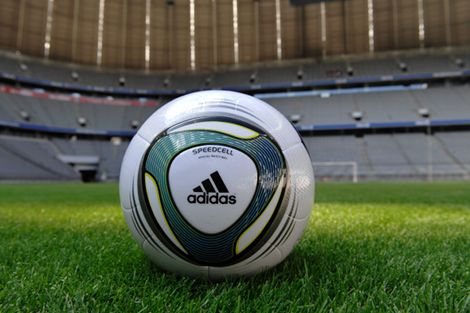 So it’s rather fitting that adidas have unveiled their latest football to be used on their home turf – the Speedcell.

Revealed last night during the draw for the group stages, the Speedcell, the central design elements of Speedcell, alongside the fresh colors, are the eleven lines which symbolically represent the eleven players and depict the unity of every soccer team.'  Speedcell stands for speed, power and team spirit and the ball˘ design is inspired by the rotating, fast and dynamic movements in the game. 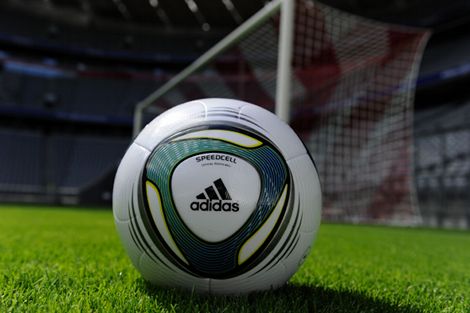 Another redesign of adidas Jabulani, the Speedcell is an exclusive design for next Summer’s contest – meaning that whilst we’ve seen the Jabulani also used in Leagues like the MLS and Portuguese top division, the Speedcell is solely for the 2011 Women’s World Cup – for now, at least!

Expect the Speedcell to hit retailers early next year, with a price of around £80.

Definitely a fun, fresh design from the 3 Stripes – what do you think?

Also, are we the only ones that feel like there’s a new adidas ball out every week at the minute!?

Written By
Kyle Elliot
More from Kyle Elliot
Bringing you closer to the new F50 than any other website, we...
Read More