adidas are taking Russia back to spaaace for their latest World Cup kit, as the Russia World Cup Away Shirt 2014 gets ready for launch.

After the subtle integration into the home shirt, adidas have taken the theme a step further on this change strip, turning out a unique design. Inspired by the achievements of Russia in exploring space and latest technologies that have been used in the kit production. 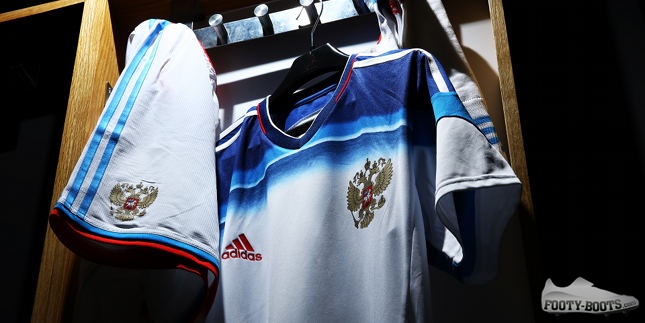 The Earth Scientific Monitoring Centre took part in the developing process of the kit and delivered unique pictures of Earth, taken from the Russian space satellite ‘Electro-L’ #1, to adidas.

The outline of the Earth was modified and placed on the t-shirt, now it looks like a light blue semicircle. According to the idea of adidas designers, this image shows same perspective from which Yuri Gagarin (the first man in space) saw Earth in 1961. 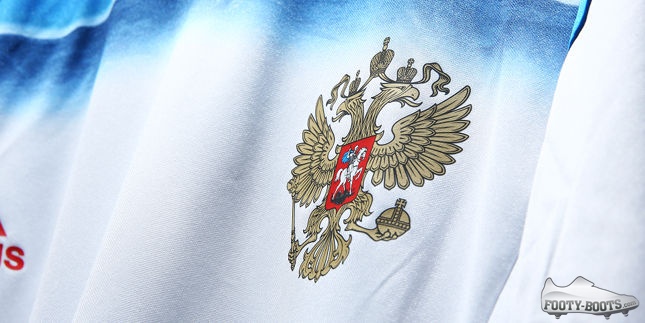 There is the adidas logo and the Russian national emblem of the Double-Headed Eagle below the print. 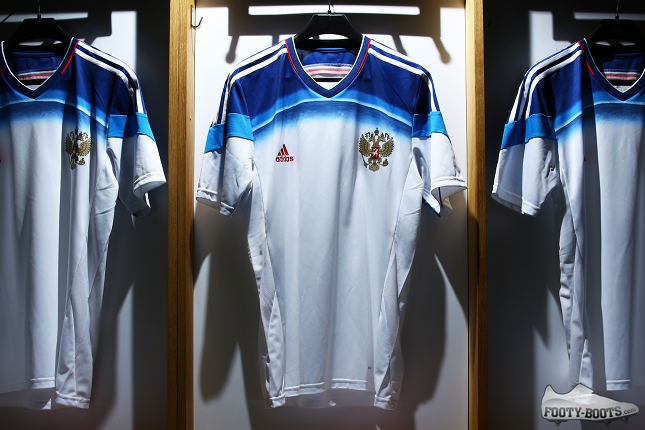 We love this kit both in concept and execution; too often are a country’s achievements in science and technology eschewed for previous footballing triumphs, so kudos to adidas for putting Russia’s storied history of space exploration at the heart of this kit.

The Russia World Cup Away Shirt 2014' also boasts an impressive line-up of technology, including the new adiZero design that makes the net weight of the uniform set is only 320 grams, which is 40% lighter than the previous one in 2012 (510 grams).

What are your thoughts on the Russia Away Shirt for the World Cup?