adidas today reveals Predator 20 Mutator with DEMONSKIN, an all-new technology developed to enhance grip on the ball and maximise control.

So what exactly is DEMONSKIN you are asking? The answer is a new breakthrough technology for adidas football, made up of a textured spike layer on the Predator 20 Mutator upper. DEMONSKIN spikes have been deliberately crafted to wrap the front and side of the boot in a formation that aligns to key contact points with the ball, combining to give players enhanced control and touch on the ball, whilst also promoting spin when striking. So yes, technology is and will make a difference in ball control, passes and enhance your gameplay, so tech haters will have to deal with it! 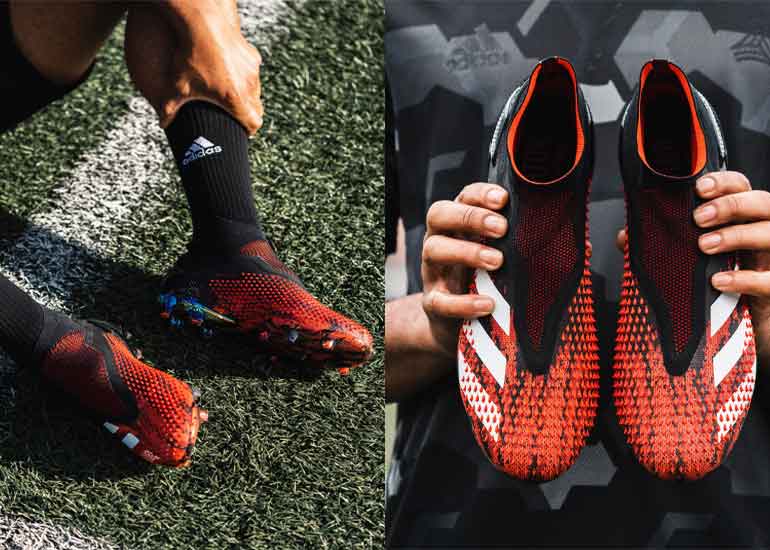 The new Predator 20 Mutator features new outsole enhancing control zones, whilst the addition of high-performance polyamide-injected layers help stabilise movement further. A two-plate stud configuration that reduces weight and allows a 360 design where the upper material wraps under the foot. This construction, together with the Sockfit collar that locks down and adjusts to the unique contours of the wearer’s foot, ensures anatomical fit for support. The inclusion of Hybrid studs further amplifies the boot’s level of rotation and traction. 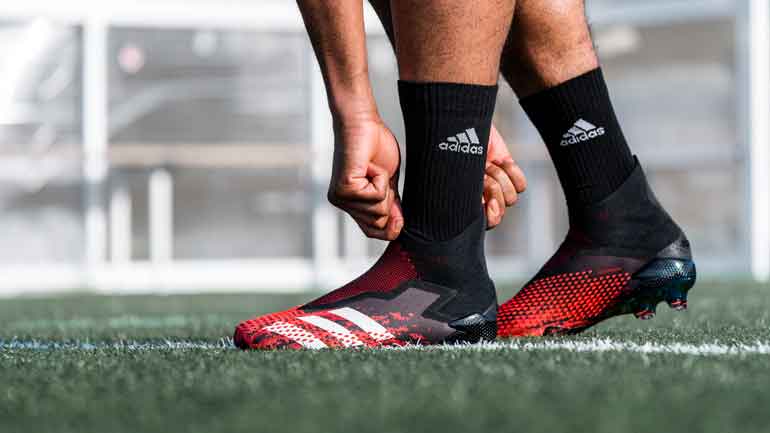 Ben Herath, adidas Football Design Director said; “When we launched the first Predator in 1994, it changed the game. We’ve since been relentless in pushing the boundaries of innovation in its design, ensuring it remains at the forefront of football boot technology. Predator is more than just a boot. It is synonymous with iconic footballing moments, worn by greats of the game that in their own way have become mythological figures of the sport.

Predator featured on football giants like David Beckham, Zinedine Zidane and Steven Gerrard and the legacy continues with a new generation of players making their mark. The all-new Predator 20 Mutator will be worn by Paul Pogba, Becky Sauerbrunn, Marc-André ter Stegen and Tessa Wullaert. 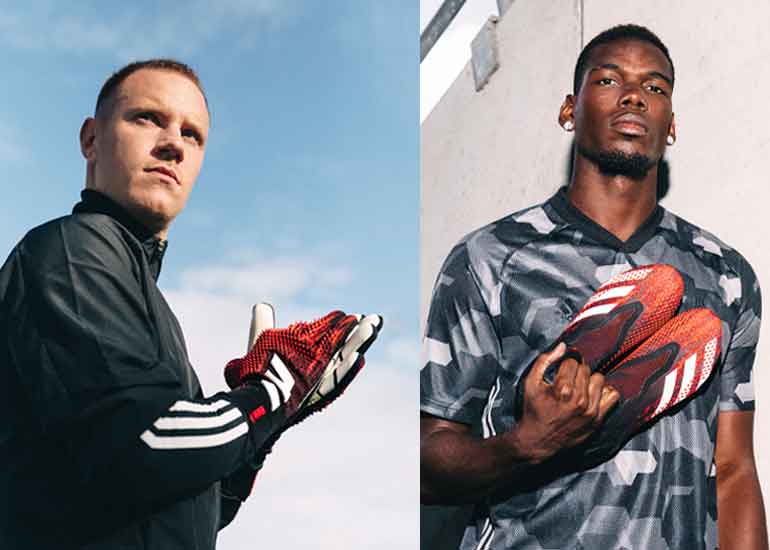 DEMONSKIN will debut on Predator 20 Mutator and is also set to feature on goalkeeper gloves; empowering players with increased control and enhanced power on punched clearances.