adidas & Real Madrid have renewed their technical sponsorship agreement, in what is believed to be the biggest deal of it’s kind. 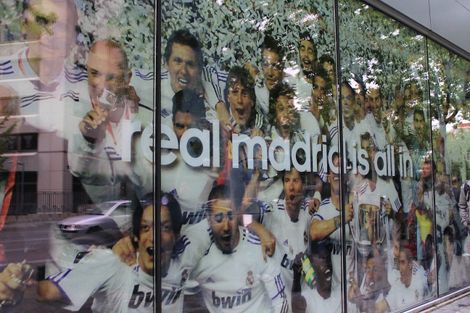 The Three Stripes have provided kits to Real Madrid since 1998, and are now set to ensure that agreement stretches well into the future, tying up a deal that will keep adidas at the Bernabeu until 2016.

Negotiations were apparently fluid between the two parties, with both adidas and the Real Madrid board satisfied with the work both have put in since the last renewal in 2006.

This will come as frustrating news to both Nike and Chinese sports super-brand Li Ning, who were both interested in bidding for the right to produce the famous Los Blancos shirt – until adidas tabled a record-breaking €50m per annum.

The huge technical sponsorship agreement is certainly a large investment for adidas, but will likely not be seen as a gamble by the bigwigs in Germany, with Real Madrid’s brand power only on the rise as they battle Barcelona for Spanish supremacy.

Given some context, on the evening of the Spanish Super Copa alone the equivalent of €600,000 worth of Real Madrid home shirts were sold just at the Santiago Bernabeu stadium store. Add to that the Copa del Rey holder’s appeal across the globe, and adidas soon begin to make their money back.

Are you happy to see the three stripes stay on the Real Madrid for another 5 years?

Written By
Ramsay
More from Ramsay
Catch up with the new look of Umbro's speed boot, it'll dazzle...
Read More