After the recent run of adidas Predator_X colourways, some of the more traditionalist Predator fans could be forgiven for feeling a little left out; with Beckham’s all-red pair having been spotted in the wild for the first time, and the new White/Sky Champions League Predator_X having a load of stars on them, where’s the boot for the more understated player? 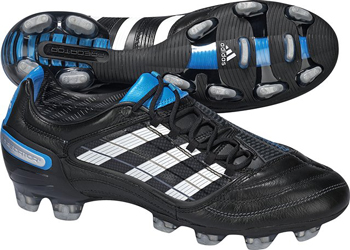 The Predator_X‘s miniature ‘tongue’ gets the new ‘Predator Cyan‘ colour treatment, along with the stripe down the heel and as a trim to metallic ‘Predator‘ band around the heel. 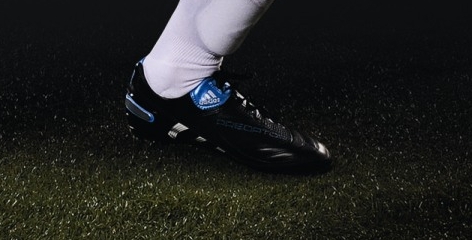 We reckon this Black and Predator Cyan Predator_X will go down a storm with some of the biggest teams in Europe, matching Chelsea and Inter Milan perfectly.

Worn by some of the World best players, such as Robin Van Persie, David Beckham and Steven Gerrard the Adidas Predator name is one of the most revered in the world of Football boots. 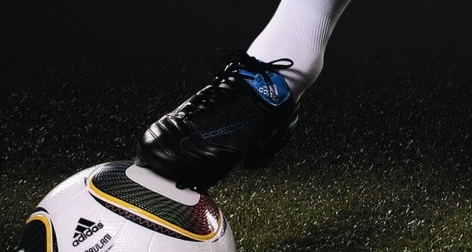 The latest incarnation, the Predator_X, brings a revamped, low-profile strikezone to the fore as well as the completely new PowerSpine – replacing the old PowerPulse system.

Expect this new edition of the adidas Predator_X to be in the Footy-Boots.com store from July 1st!

Written By
Kyle Elliot
More from Kyle Elliot
What a year it's been! We look at the biggest trends, news...
Read More