It’s here. One of the most keenly anticipated new football boots for a very long time, the adidas Predator_X. 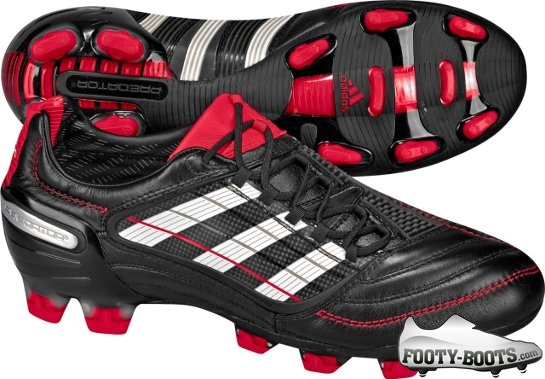 adidas has been producing the Predator for the past 17 years and with this version, the tenth in the series, they have created what they describe as “the most powerful football boot in the world.”

At its heart is the ability to maximise power, swerve and control. To achieve that this time round, adidas has created some bespoke technology for the football boot with the help of one of the greatest players ever to grace the game, Zinedine Zidane. 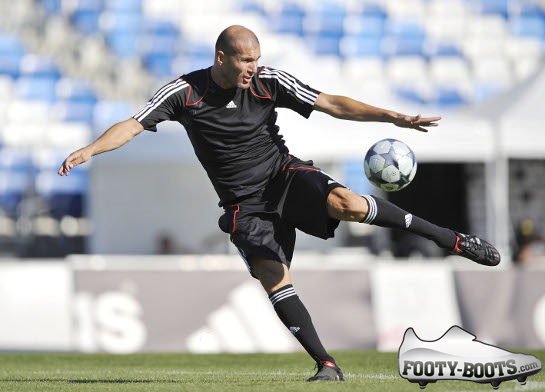 Speaking about the Predator_X, the former world player of the year said:

Having worn Predators throughout my career, I’ve always been amazed with the continued product development and what each new version of the boot bought to my game.

With Predator_X, I’ve been working with adidas to help lend my football experience to their product knowledge to truly deliver the next step in boot technology.

As well as using Zidane’s unique know-how and insight, adidas has put the football boot through extensive testing via some of their big name ambassadors so you can expect the likes of Steven Gerrard (if fit), Karim Benzema (changing from his adiPure II’s) and Michael Ballack to wear the football boot this coming weekend for it’s on pitch debut. 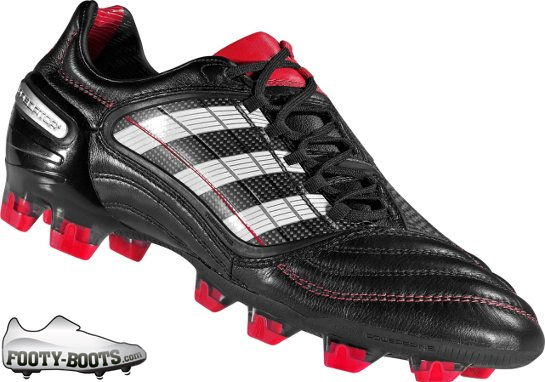 A brand new ‘Powerspine’ has been inspired by the revolutionary ‘fingersave’ technology that now exists within adidas goalkeeper gloves. Positioned in the inner sole of the boot, the ‘Powerspine’ minimises the energy lost when players strike a football through a reduction in the “kicking flex” in the forefoot area.

This additional energy is transferred into the ball and away from the fragile ligaments and bones that exist at the top of the foot.

Through vigorous testing the Predator_X is proven to have on average 7% more kicking power than the most recent Predator football boot.

The ability for players to swerve the ball has always been the stand-out technical innovation of the Predator football boot and a new material has been used on the Predator_X to further enhance this.

Positioned on the kicking zone of the boot, the Predator element is a mix of rubber and silicon meaning it is lightweight but impactful.

The positioning of the Predator element has been slightly altered to maximise the swerve players are able to achieve. These changes result in an increase in swerve and a proven consistency no matter what the weather conditions. 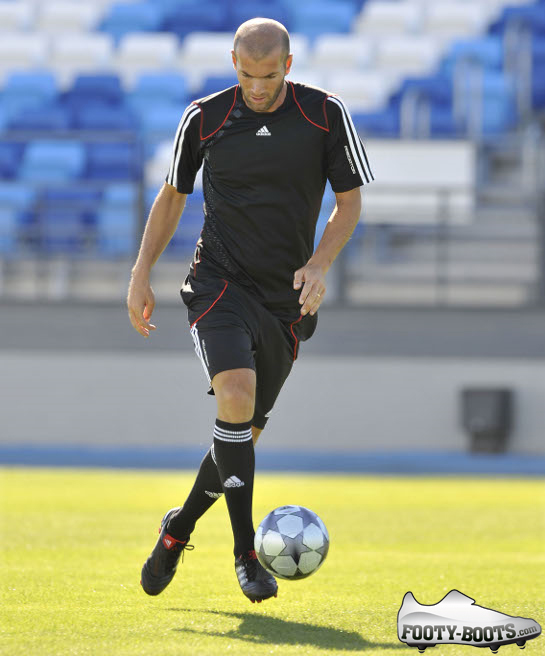 To enhance control, it is the belief of adidas that the space between a player’s foot and the top of the boot must be minimal. Optifit technology brings the upper materials in all areas as close as possible to the top of the foot.

Thermoform technology has been incorporated on the side of the boot which acts as memory foam to enable a perfect fit time and time again.

The football boot is constructed from Taurus leather which combines a weather and abrasion proof material with lightweight features. The inclusion of the medial split and mono-tongue provide stability and support. 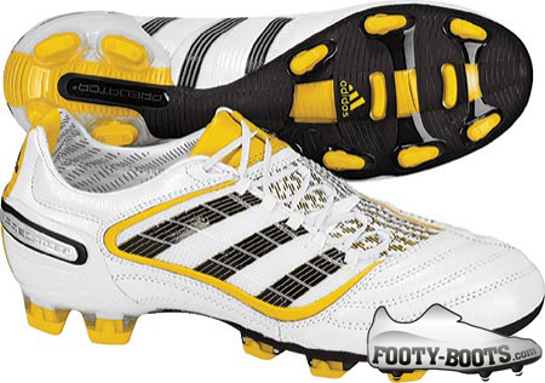 Launching alongside the football boot is a full range of Predator X clothing and accessories.

Written By
Felipe
More from Felipe
This weekend the Premier League match balls will be RED to raise...
Read More