Following on from a stunning new colourway for the adiPower Predator football boots, adidas have come up with a match look for the super-rare-but-much-loved adidas Predator SL! 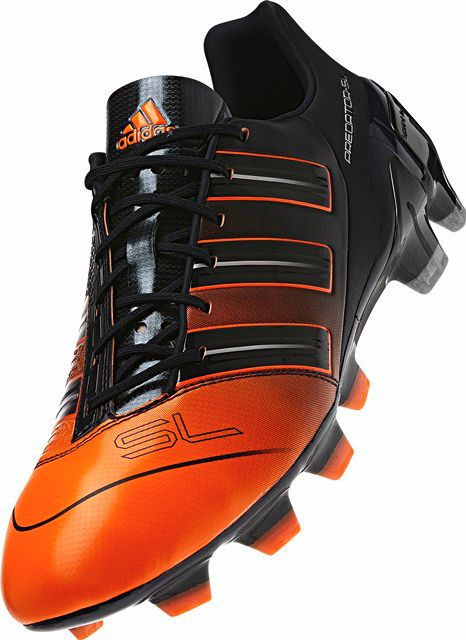 After the previous two colourways revolved around the adiPower’s signature White/Black/Sharp Blue colourscheme, the' adidas Predator SL – Black / Warning really cuts loose with a killer fade from the tip of the toe to the heel.

In fact, we reckon it looks like these football boots are coming in for re-entry like a space shuttle – pretty appropriate given they are super-light version of the adiPower, design to burn up pitches and scorch the back of the net! 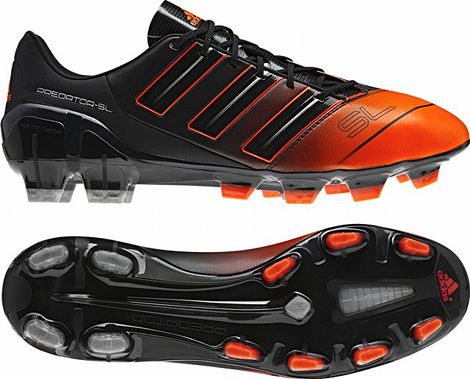 Aside from the sweet new ‘faded’ look and a neat carbon-fibre-esque tongue, the' adidas Predator SL – Black / Warning doesn’t being anything new to the design, with these football boots still an impressive 190g (US Size 9), with a SprintSkin upper, synthetic Predator element and PowerSpine in the sole.

You won’t see many professionals on the pitch wearing the' adidas Predator SL – Black / Warning, but if you fancy a pair for yourself, you’ll be able to pick them up from early December, with an RRP of £209.99 in the UK and $250 in the US, with pre-orders opening in the Footy-Boots.com store next month.

Written By
Kyle Elliot
More from Kyle Elliot
Nike whip up an instant-classic for their first Toffees kit!
Read More