adidas’ new adidas Predator SL has had something of an inconspicuous launch. Appearing to little fanfare ahead of an October release, this latest colourway marks the official opening of pre-orders for both the black and white version of the lightest Predator football boots ever! 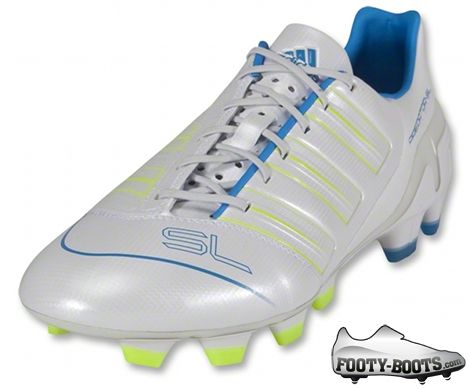 Weighing in at just 190g, the' adidas Predator SL is built around the blueprint of the adidas adiPower Predator but brings some new tricks to the table in the name of weight reduction.

Starting in the upper, the' adidas Predator SL uses the same SprintSkin that has become the hallmark of the adidas F50 adiZero range. This specially designed single-layer synthetic is designed to be flexible, comfortable and offer a great feel for the ball at speed – as well as being one of the lightest synthetics on the market! 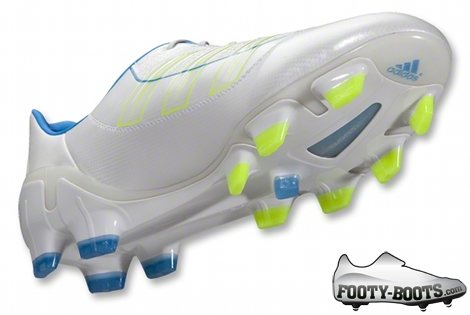 The' adidas Predator SL also uses a special low-profile variant of the adiPower’s control-focused element, designed to increase friction on the ball when receiving, passing and striking the ball with these gorgeous football boots.

The light, new Running White/Sharp Blue/Electricity colourway is the perfect contrast to the dark and futuristic black launch scheme – with the classic adidas running white showing the patterning on the upper and the smooth contour of the toebox.

adidas’ Sharp Blue/Electricity trim, that seems to be the hallmark of all adiPower related football boots (bar the classic Black/White/Predator Red), is also in full effect, highlight the three-stripes branding on the outstep and the classic adidas logo on the tongue to great effect!

And what do you think to the' adidas Predator SL in general? Is it an exciting innovation or another cash in on the ‘speed’ fad from the three stripes?

Written By
Michael D
More from Michael D
How good are the new Mizuno Wave Ignitus II? The only place...
Read More