Already left in the wake of the Predator_X’s hype, its predecessor in the Predator series is in danger of becoming quickly forgotten.

But for those who were loyal fans of the 9th edition of the Predator and with some pretty good deals around now, we’ve decided to take a look back at the Predator PowerSwerve and so you can compare it with the newest generation. 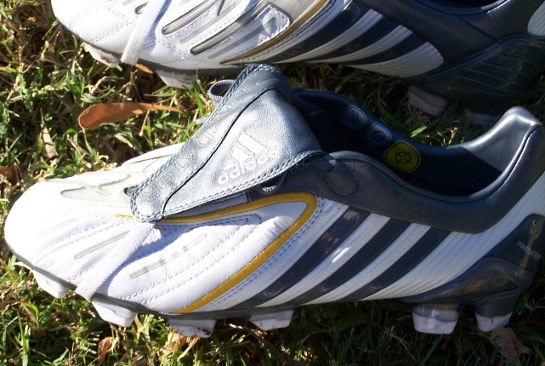 Like previous generations, this Predator PowerSwerve Control is among the most comfortable boots I’ve tested. The soft leather and molded foot bed are accommodating and ' supportive even after a full practice session, though it must be said there isn’t a great deal of arch support. The multi-density plastics do a good job of balancing support with flexibility in the midfoot area, but I would have preferred k-leather to be have been used instead.

The soleplate is integrated into the k-leather upper extremely well, so there is a tight fit. The heel-counter rises high in the back and sides to lock the foot into the boot extremely well, ensuring your foot never slides in any direction. 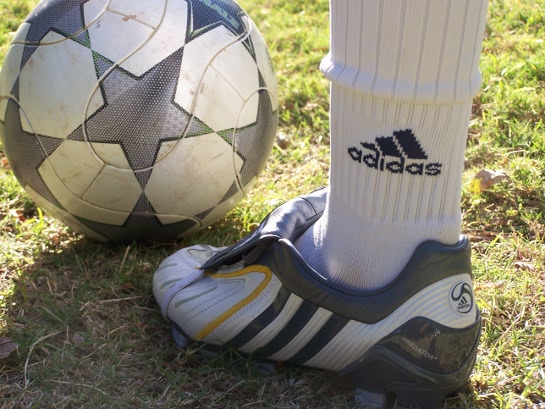 adidas has always been known for the quality of its products and materials, and the Predator PowerSwerve adds no blemish to that reputation. The leather is fairly thin, so it does show signs of wear after a few weeks of testing, but still manages to hold up well. As you would expect, the band holding the tongue in place does fray over time and will eventually tear. 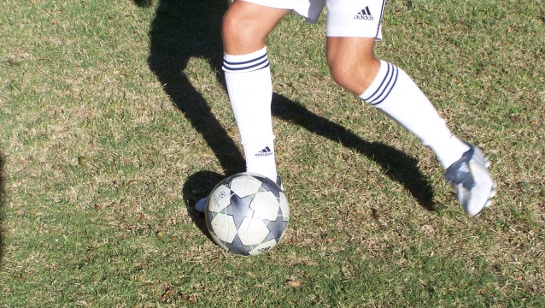 A noticeable feature that has diminished with each evolution of the Predator is the amount of k-leather used as much of it has been replaced with a synthetic. Such a change in choice of materials would obviously save adidas funds in the production of the boot, but it also sacrificed the footballers’ feel for the ball.

I say this because there isn’t a great deal of k-leather on the instep and outstep of the boot, so the cushion that would have previously been provided isn’t there. The toe box is quite small as well so the boot isn’t particularly suited for dribbling. What k-leather is on the forefoot is largely covered by the iconic Predator tongue. 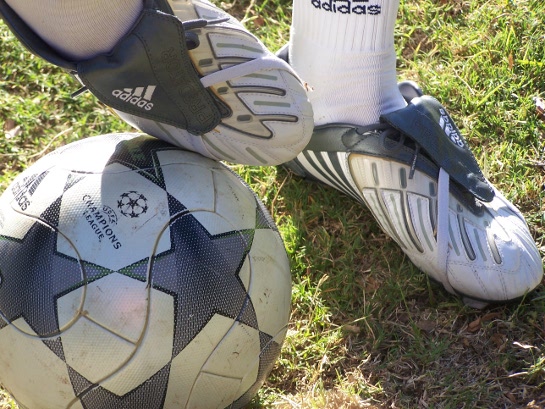 The rubber Predator element doesn’t provide much aid in producing a swerve effect on the ball, but does provide a nice visual reference to where you should be striking the ball to “Bend it like Beckham”.

As far as the boot being focused on ‘Control’, I fail to see how the design of the vamps helps with that. The tungsten PowerPulse technology doesn’t add any visible power to your strikes, nor does it feel as if it does. 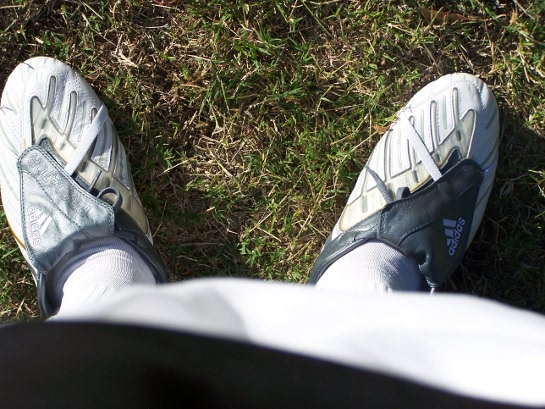 In my opinion adidas offer the best sole plate available with their Traxion stud placement. Though the soleplate isn’t very flexible, the bladed studs interact well with any surface- hard, soft, or firm ground. You never feel any awkward engagement with the turf.

These boots particularly cater to players who prefer the use of “power” to that of dribbling and skills. The Predator is as good as it gets when it comes to the passing and striking but they aren’t ideal for running with the ball in my opinion.

But make no mistake, these are a quality pair of boots and you can expect to find some good deals on them in the coming months as the Predator_X replaces the PowerSwerve on the feet of global stars Gerrard, Beckham, Ballack, and Raul.

Written By
Felipe
More from Felipe
They might clash with the curtains, but football fans are waiting with...
Read More