After a whole host of super-bright Lethal Zones, adidas have taken things down a notch for the more subtle Predator LZ – White / Black / Infrared. 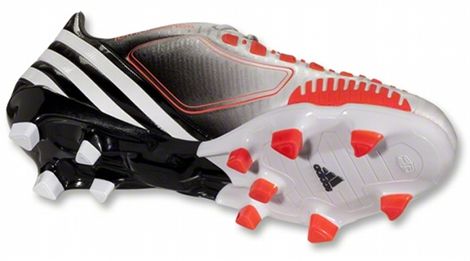 Utilising the now-standard ‘fade’ of two colours, the Predator Lethal Zones – White / Black / Infrared does a great job of keeping things simple, blending the two lead colours towards the midfoot and picking out the Lethal Zones in Infrared.

Having had a starring role in Euro 2012, expect to see players aplenty wearing the newest Predator heading into the 2012-13 season. As well as long-time Pred wearers like Robin van Persie and David Beckham sporting the Lethal Zones, adidas’ latest have also won players over from other silos – such as Xabi Alonso and Samir Nasri. 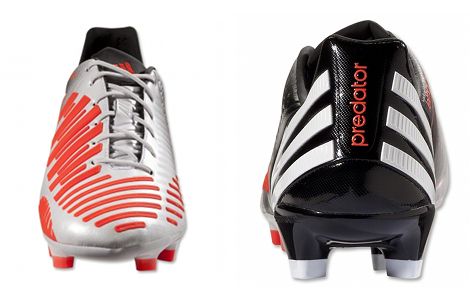 Whilst we expect this colourway to play second-fiddle to the new Bright Gold colourway, we can still see it being popular with a number of players – given that White and Black boots are usually a great match for so many team kits.

Packing five lethal zones, the Predator LZ is designed to be an all-around boot, designed in conjunction with elite players. Using a HybridTouch synthetic leather upper, the LZ takes on less water than previous models, whilst still being comfortable and lightweight.