When adidas launch a new pair of Predators, past experience says they’re going to do something special. But what could they do for the Predator LZ that could top last year’s ‘Football Paintball’ at the adiPower launch?'

Go bigger and better in just about every way of course!

At a top-secret locale in Manchester, UK, adidas invited Manchester City’s Edin Dzeko and Manchester United midfield duo Nani and Tom Cleverly to take part in a series of challenges based on the five Lethal Zones on the new Predator.

But who came out on top in this battle of Predatory skills? Read on to find out! 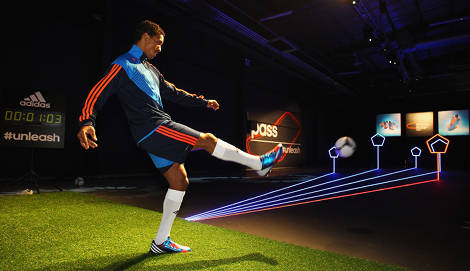 Five pentagons of varying size were arranged as targets in the first test of distributionary distinction. Looking like something from the set of Tron, there was no doubt that this was a serious challenge, as some of the targets were barely big enough to squeeze a ball through!

Edin Dzeko was the first man up to the plate, but after slotting through the first target relatively easily, the Bosnian failed to get any more numbers on the board, and despite his crossing prowess on the pitch, Nani didn’t fare much better as he registered a score of two. 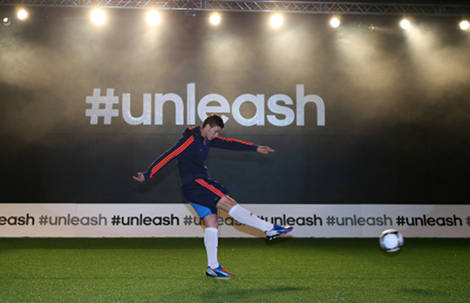 Cometh the hour, though – and cometh Tom Cleverly! The youngster admirably racked up a score of three, displaying the passing skills that obviously impressed Sir Alex enough to peg him as a future England international. 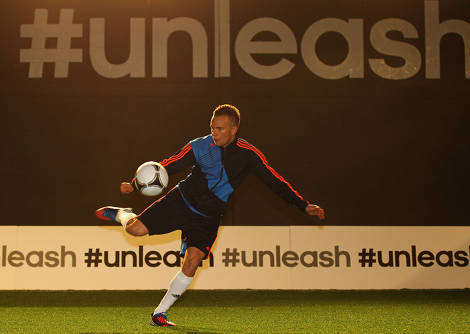 On a five-a-side pitch with two full sizes nets, the pro’s were tasked with bring a ball down from height with their first touch, and slamming it home with the second. Oh, and did we mention that the balls were being fired from a high-pressure air cannon? Because that’s important.

As victor of round one, Tom Cleverly stepped up to the mark, racking up four goals. After some initial difficulty, Nani broke out the skills to register 3, and Edin Dzeko' duly' replied with his own triple tally, leaving TC 2-0-0. 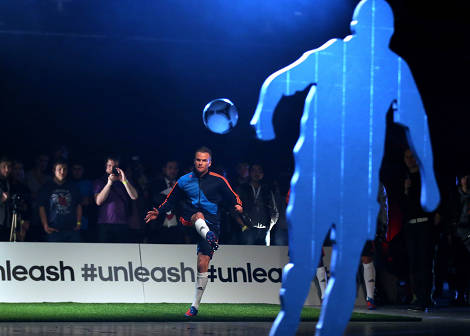 To test out the real ‘power’ area of the new Predator LZ' , adidas assembled 5 dummies out of high-density polystyrene, loaded with a CO2 jet. Hit one in the chest and they explode. 40 balls, 2 minutes. Who comes out on top?

After a' respectable' four each from Nani and Tom Cleverly, Edin Dzeko had to pull something special out of the bag to snatch his first victory – and he did just that!

The frontman showed the striking prowess that has seen him bag 18 goals in all competitions this season, destroying all five targets in just over a minute. 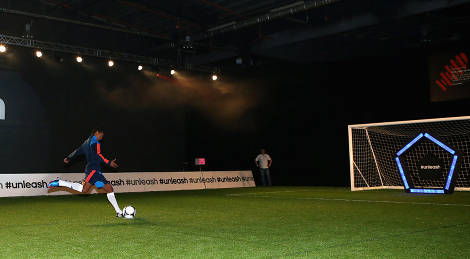 A double-edged challenge. Hit the Pentagon in the middle of the goal to fill up the meter with red lights – and for the competitive amongst you, there’s also a radar gun to measure shot speed.

Despite being amongst some of the finest footballers from the biggest clubs in the world, it appeared that the presence of the radar gun sent this challenge wayward!

Whilst Dzeko and Cleverly descended into a ‘who can kick the ball fastest’ competition, Nani hit the target dead-on to fill up the meter for the win. 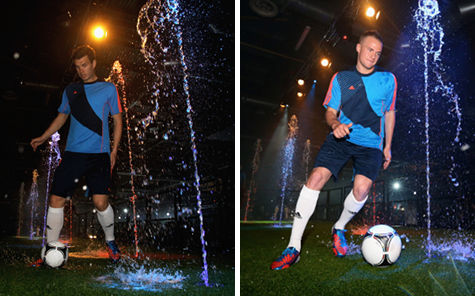 With Cleverly on two points and Nani and Dzeko holding a point each, it all came down to the final challenge. A typical training ground slalom run with a twist; instead of cones or poles, jets of water provided the obstacles!

A true test of the grip on the dribble zone, the watery conditions made the professionals think twice about going full tilt between the jets.

But it was Nani who saw the opportunity to tie the lead, as he effortlessly rounded the jets to complete the course in under 15 seconds – ' narrowly beating team-mate Tom Cleverly to the day’s record time.

So despite derby-day heartbreak it was the Red side of Manchester which prevailed in the adidas Predator Lethal Zones challenge!

We’ll have more from the event on our Facebook and Twitter pages over the weekend, so if you want to see what else went on on the day, be sure to head over there!