Those looking for a more traditional colour combo upon the upper of the new Predator Lethal Zones need look no further than this stunning adidas Predator LZ – Infrared / White / Black. 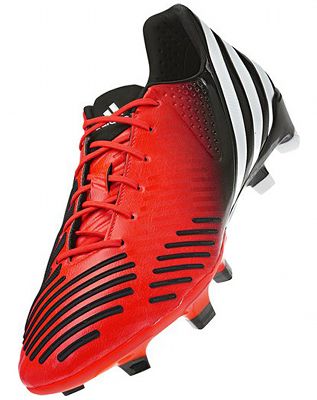 Okay, okay – we know it’s not the classic Predator Poppy Red, but it’s certainly a lot closer that the Bright Blue / Infrared model that’s leading the charge for the new Predators! 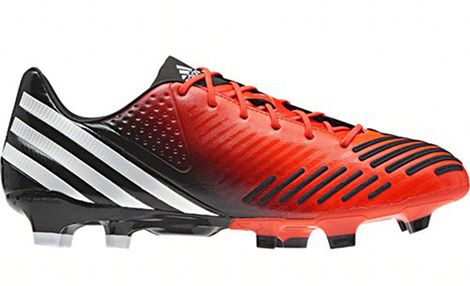 Similar to the last two colourways for the Predator SL, the Predator LZ – Infrared / White / Black has a killer ‘fade’ down the side of the boot that really sets them apart from the crowd.

We can’t help but love the overall look of the colourway on these football boots, after all – with a moniker like ‘Lethal Zones‘, it’s only fitting that their colourways look suitably deadly!

According to Twitter, it also looks like this Infrared / White / Black colourway is going to be the boots of choice for Liverpool’s Predator wearers as they take on Chelsea in the FA Cup Final this weekend. 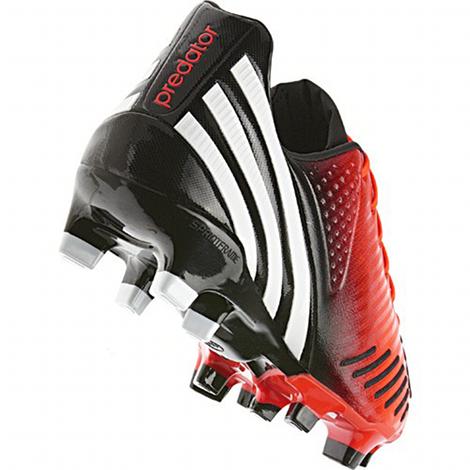 Maxi Rodriguez was the first to reveal his new boots, but Steven Gerrard, Dirk Kuyt and Jonjo Shelvey have all also been spied breaking their pairs in in training.

We can’t help but wish there were more Predator players in Chelsea’s squad; the thought of an FA Cup Final with the Reds of Liverpool in this colourway taking on the Blues of Chelsea in the Bright Blue / Infrared colourway is the stuff marketing exec’s dreams are made of! 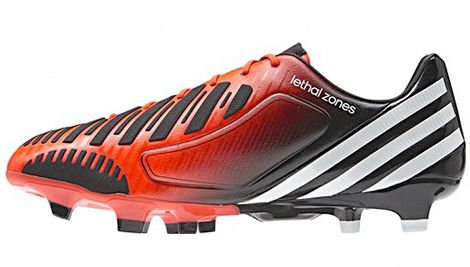