Whilst there wasn’t the rioting in the streets some people expected when adidas launched the Berry Pink Samba Predator, there has definitely been some calls from the long-time Predator crowd to offer up something for the more understated Pred wearers.

Thankfully, those 1994 OGs and red tongue survivors are now spoilt for choice with the launch of both the Black / Citrus colourway and now this nicely-balanced Black / Berry Predator Lethal Zones. 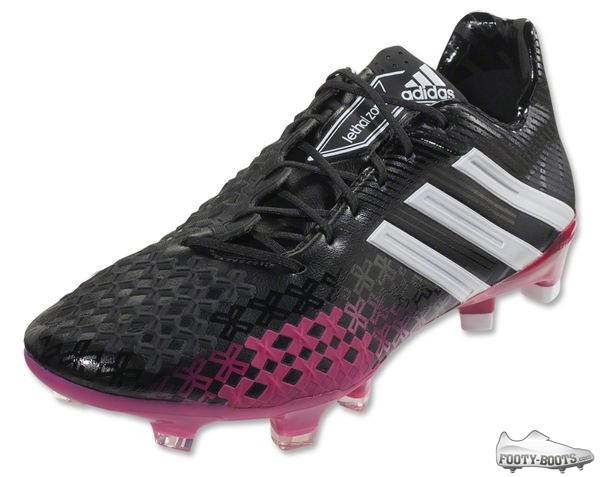 Somewhere in between the two aforementioned colourways, adidas’ new Berry / Black effort finds a nice convergence between the understated and the outrageous.

Relegating the Berry Pink to the soleplate and two lowest Lethal Zones allows the rest of the boot to stand tall in Black and Running White, offering ‘the mullet’ of boot colourways; business up top, party in the sole. 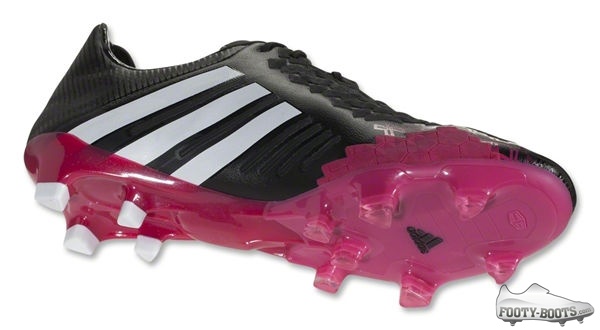 If you’re not up to speed on the Predator Lethal Zones, here’s the crib-notes. The first synthetic Predator, last season’s Predator LZ brought in Hybridtouch material to use as the upper.

The workability of this leather-like synthetic allowed adidas to incorporate multiple Predator elements that are injected directly on to the boot for superior durability.

In no particular order, those are; Pass, First Touch, Dribble, Drive and Sweet Spot – all different blends and shapes of SL rubber for a variance in factors like rebound, grip and more.

2013’s Predator LZ further built upon player ' feedback to refine the zones and improve comfort in the heel and midfoot, keeping the spirit of the original boot intact but upping performance that extra 5%.

Available to buy from today, does this Black / Berry Predator LZ II float your boat?

ADIDAS DROP BLACK / BERRY ALTERNATIVE COLOURWAY FOR PREDATOR LZ, 9.4 out of 10 based on 8 ratings https://www.footy-boots.com/wp-content/uploads/2013/12/adidas-predator-lz-ii-black-berry.jpg

Written By
Kyle Elliot
More from Kyle Elliot
The FA & Deloitte produce a rather excellent infographic to show how...
Read More