He stops the ball dead. He’s one second ahead. When First Touch starts for him, for them it’s “the end”. First touch is magnetic, one move and he’s gone. And there are still four, four more to come. This is First Touch. This is the Predator LZ. 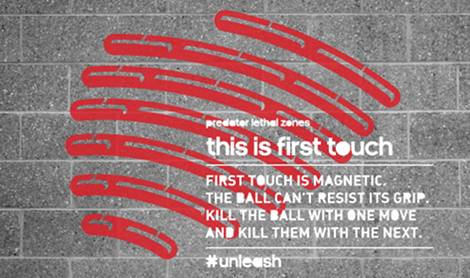 After what seems like months upon months of testing, the all-new Predator LZ is upon us, and – without doubt – it is one of the most radical incarnations in the range’s 18 year history.

The Predator name has always been synonymous with pushing technology to it’s boundaries, using cutting-edge materials to give players the advantage in areas like swerve, accuracy and control. 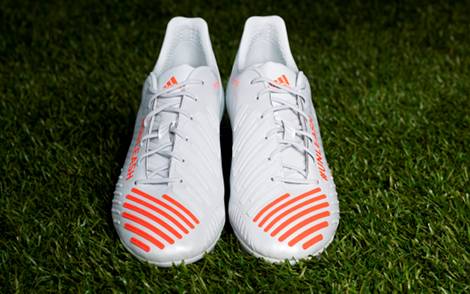 But the Predator LZ is bringing 5 new distinct qualities to it’s design. 5 ways to humiliate the opposition. 5 Deadly Zones.

This weekend, the focus is entirely on ‘First Touch’, Zone 1 of the LZ‘s 5. Situated above the toebox, the large First Touch contact surface area brings a patch recessed ribs to the forefoot, creating a vacuum effect for instant control, cushioning and stopping the ball immediately. 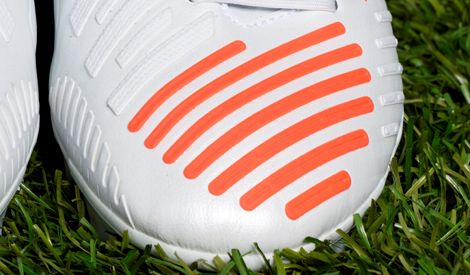 Increasing the speed at which you can bring the ball under your spell is one advantage, and the other is the positioning – bringing the ball into position on the front of the foot gives you a split-second advantage over defenders, allowing you to make your next move, first.

This weekend, you’ll see elite players all over Europe  wearing these special white-out models with InfraRed ‘First Touch’ Zones – but which Predator stars do you think dominate games with their first touch? 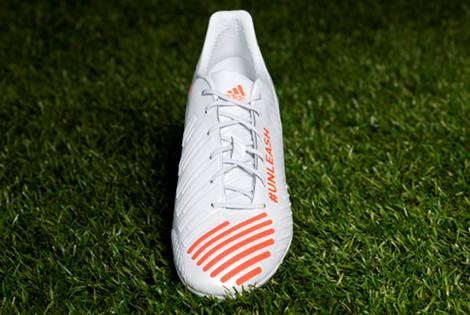 Be sure to stick around on Footy-Boots.com, as with every big round of games until the LZ’s release, we’ll be unveiling a new Zone – and maybe some more exciting details, too!

Let us know who you think should wear the special ‘First Touch’ adidas Predator‘s – and who you spot wearing them – on our Facebook and Twitter pages – make sure you join the conversation to it’s fullest by tagging @adidasfootball and using the hastag #Unleash!

Written By
Kyle Elliot
More from Kyle Elliot
Is the German star testing out the long-rumoured adiPure SL? Read on...
Read More