Few football boots have a destiny as closely intertwined with the World Cup as the adidas Predator.

After a debut back in 1994 that changed the way football boots were designed, marketed and looked at forever, adidas’ most legendary cleats have been through over a dozen reincarnations since that tournament and are once again regenerating in time for the 2014 World Cup.

The adidas Predator Instinct is a clear evolution of the Lethal Zones concept introduced on the last two boots, with the name even remaining on the box.

If you’re wondering why that is, adidas will be celebrating all things Predator later on in the year and the ‘Instinct’ name will be given a proper christening with a more orthodox Predator colourway in the new year.

But for now, the Battle Pack Predator Instinct gives us the full features of the latest Preds in the striking black-and-white colour scheme of the Three Stripes World Cup pack. 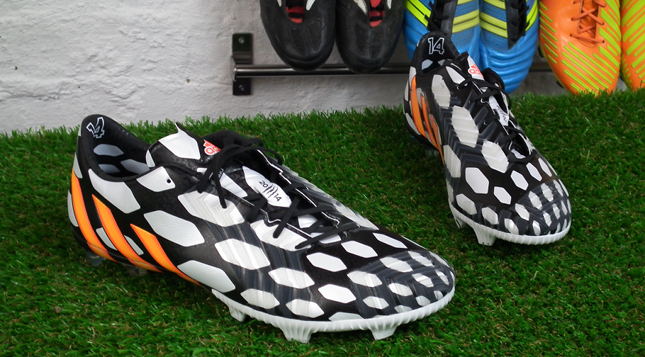 Staying with that colour scheme and it certainly is an eye-catcher. The black-and-white boots have been ubiquitous in the friendlies and warm-ups to Football’s biggest party, and will be equally visible during the main event.

It’s worth a note that this is the Battle Pack boot to use a white-on-black colour scheme rather than vice-versa as adidas wanted to give the Predator a distinct look at the tournament where it made it’s name.

The upper of the boot is again a HybridTouch synthetic; easily the breakout breakthrough of the LZ series, Hybridtouch offers a leather-like feel and incredible comfort but boasts reduced stretch and increased water resistant properties. Of course, working with synthetic also allows adidas to be more daring when placing the signature Predator Zones. 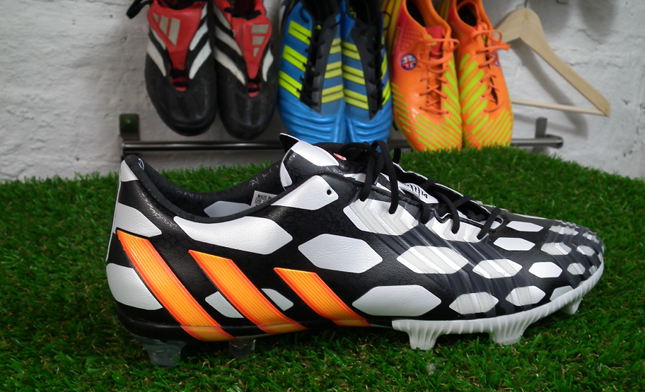 And here on the Instinct they are more aggressive than they’ve been in quite some time. The last few Predator elements have been a little tame, but the Instinct’s forefoot and toe-area zones are much more prominent than they were the Lethal Zones models, and indeed the adiPower, Predator_X and Powerswerve models that preceded those.

Shifted around slightly, you could probably still draw out the same zones as the last model, but adidas have worked to refine and unify the concept, what would be the ‘Drive’ ‘Dribble’ zones work more closely with the laces and the ‘First Touch’ and ‘Sweet Spot’ zones closer to the front of the boot.

The area with the biggest transformation, however, is the Pass Zone, which now features a huge welded gel-pad that cushions each pass. A clever bit of design by adidas is that it does get firmer towards the heel, giving it a sort of ‘cupping’ effect to make sure the instep is making optimal contact with the ball. 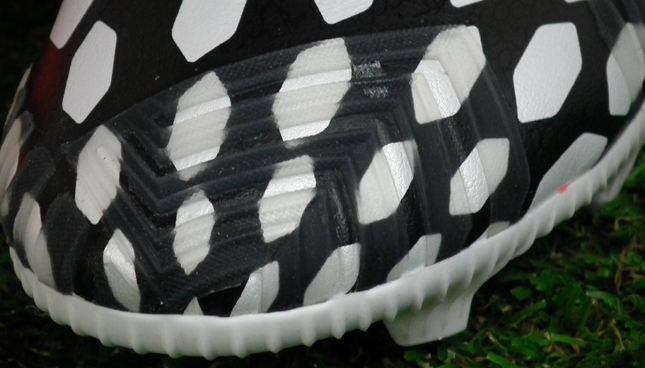 Something of a ‘Sixth Lethal Zone’ is the new Control Frame. A Predator-exclusive variant on the Sprint Frame, the Control Frame coats the front studs and forefoot area of the soleplate with ridges; adidas say that 10% of all ball contact is made with the very front of the boot in this area, and the Control Frame augments that.

Our first instinct (haaaaaa) is that this does make the Predator Instinct a little stiffer than the Lethal Zones was in this area, so it will be very interesting to see how the effects comfort, and indeed controlling and striking the ball

The Control Frame is also transparent in areas that aren’t coated in these additional ridges, making the aesthetics of the boot particularly interesting. The Battle Pack patterning runs throughout the sole of the boot, as do the signature adidas Three Stripes, picked out in Neon Orange. 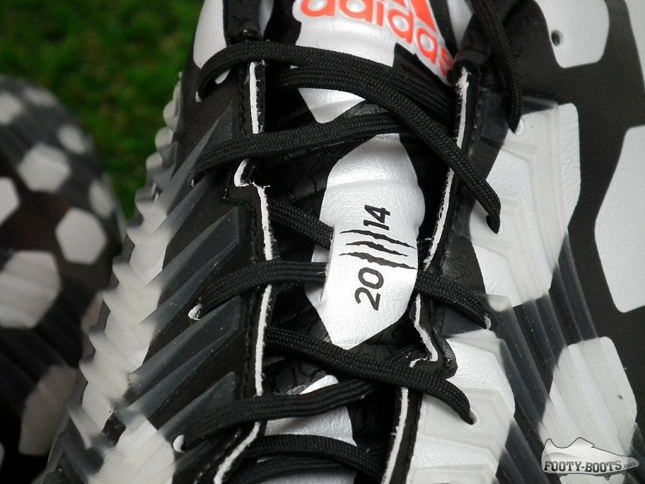 The transparent soleplate would also have been a pretty cool concept had the adidas miCoach system been considered, but alas, the Predator Instinct seems to have called time on the boot’s compatibility with the Speed_Cell.

And whilst that’s kind of a downer, we’re absolutely nuts for the little details on the Predator Instinct. The Battle Pack colourway is packed with sublimated graphics and watermarked tribal patterns that add a real sense of depth to the black parts of the boot, whilst the use of ’2014’ adds a real sense of occasion to the design.

In particular, adidas’ decision to include a velcro-like material on the new, thinner tongue shows they’re really considering how to make every aspect of a player’s life on the pitch easier as this little patch of material eliminates movement from the tongue and keeps the fit consistent over ninety minutes.

The Predator Instinct does feel like a more fully realised concept than the LZ’s were, with a little more ‘devil in the details’ and a more aggressive set of zones than the last few models.

Whilst the Control Frame does add a little extra stiffness compared to the last two models, we wonder whether it will provide more rigidity for a firmer strike, like the PowerSpine used to?

We’ll let you know in our review, coming in a couple of weeks!