Getting something fun in the mail is not a foreign concept at Footy-Boots.com HQ, but when the courier is all-but hidden by it as it arrives on the doorstep, that’s when you know you’re in for a fun afternoon.

Decked out in adidas branding with all the appropriate hashtags, we knew this was definitely coinciding with the launch of the new Predator Instinct, but what was inside, we could only guess… 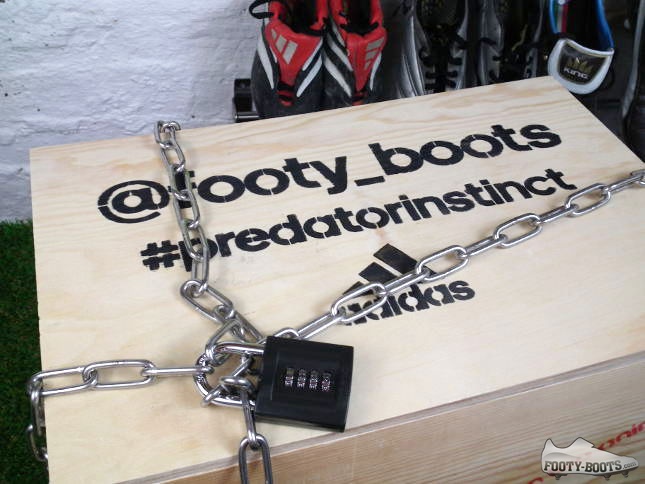 We’ll be honest, some of the warnings on the side did have us second-guessing whether adidas was actually sending us an actual predator straight out of nature – or even worse, the big guy with the dreadlocks that once had a disagreement with Arnie – but we doubled-down on courage and pushed on. 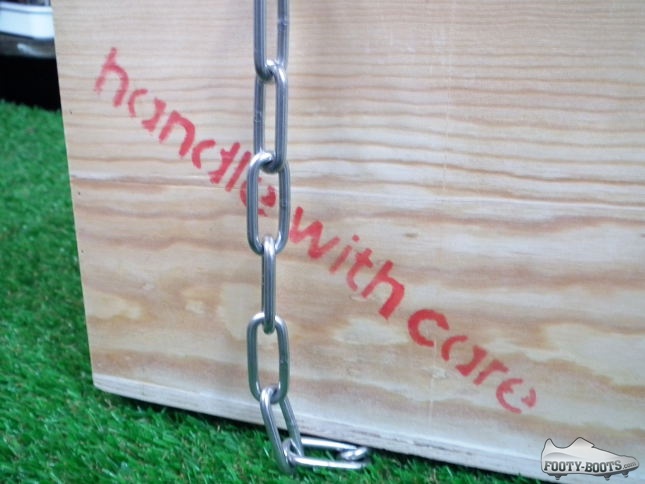 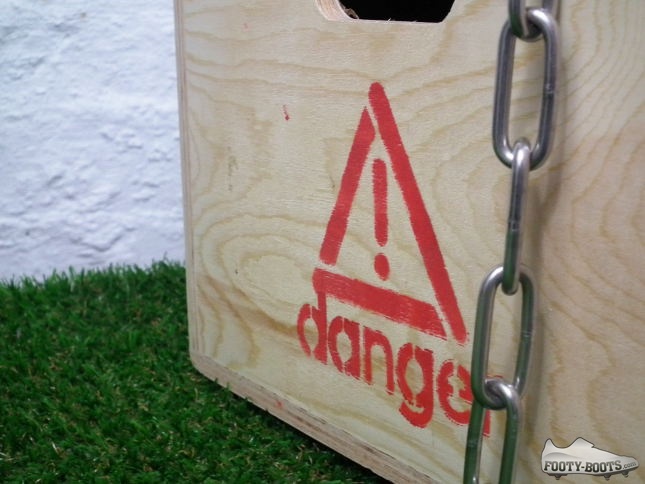 adidas had once again locked everything up tight with a four-digit code; with some help from our followers on Twitter and Instagram, we quickly deduced it was ‘1994’ the launch year of the original Predator. 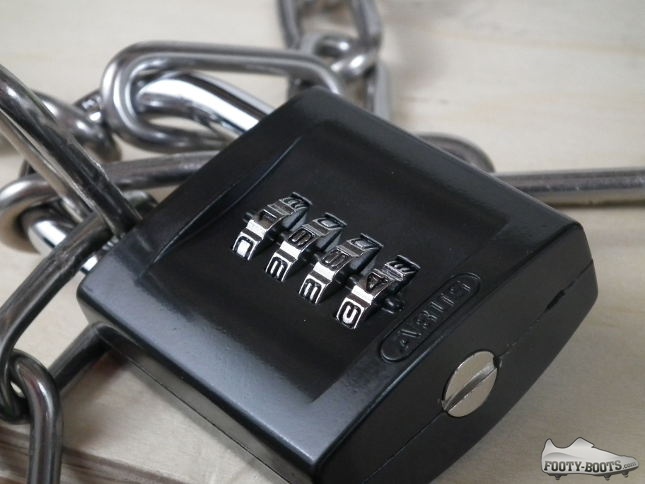 And inside the wooden box was a whole treasure chest of Predator Instinct goodies; training top, shorts, socks  – and of course, the boots in the new launch colourway. 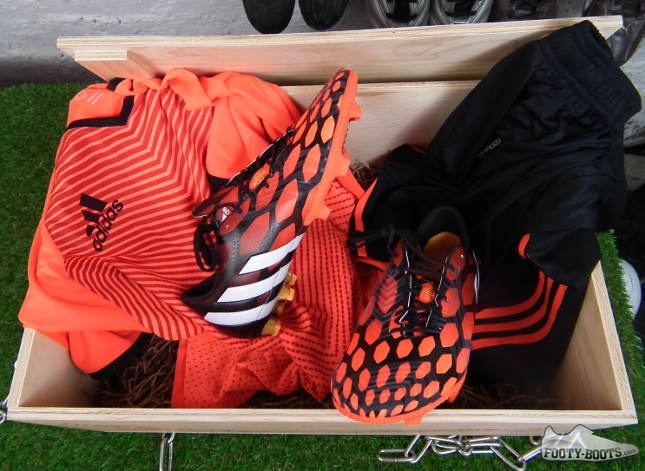 Having already tried out the Battle Pack version, we were very excited to see the Instinct in the Black/Red/White colour combo that was so iconic on Predators past. 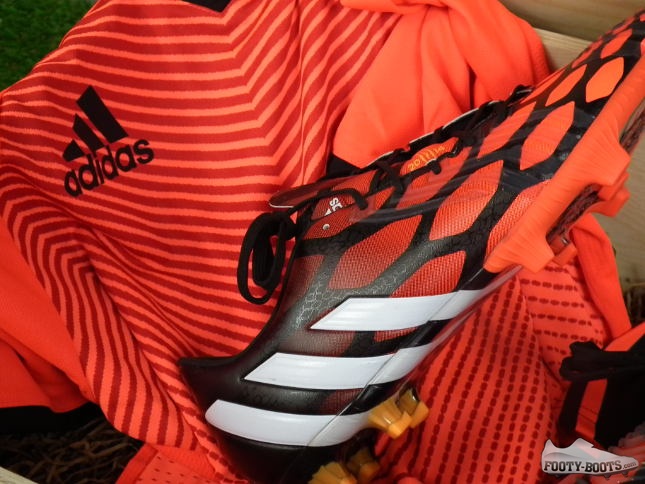 And the kit is pretty stellar, too – the training top in particular full of nice details in the bold infrared colour of the launch edition. 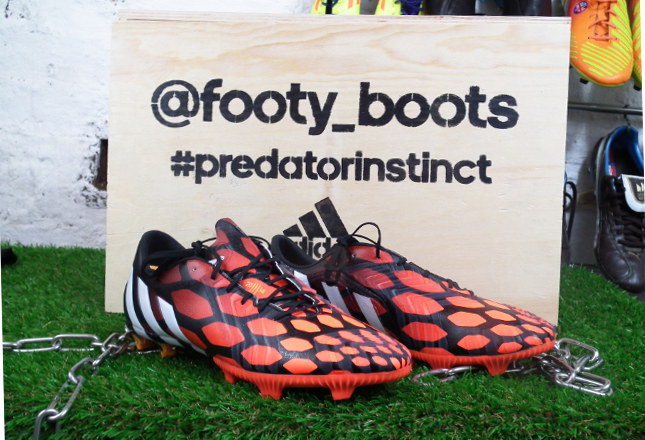 All in all, an absolutely killer presentation box to behold and a huge thanks to our friends at adidas for sending it our way.

With another eight versions of the Predator Instinct to wait on in 2014, we’ve a feeling we’ll be seeing much more of them in the next five months.

Written By
Kyle Elliot
More from Kyle Elliot
The 16 finalists of Nike's The Chance embark on a 6 week...
Read More