Set to play second chair to the Red/Blue edition launched as part of the Haters pack last month, top players will have the option of either of these two colourways for most of the rest of the domestic season. 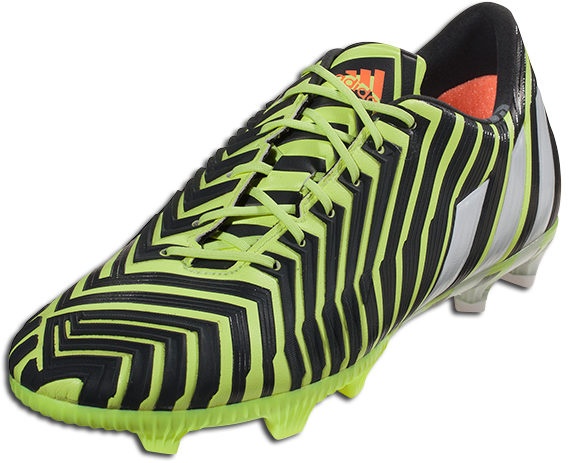 Definitely set to turn heads, the adidas Predator Instinct – Flash Yellow / Black will definitely get comparison to hornets, snakes and plenty of other creatures that have evolved living ‘caution – do not cross’ tape across their bodies.

That said, these new Preds would look absolutely killer on the feet of some of Borussia Dortmund’s Predator wearers, and we imagine that fans of clubs like Columbus Crew in MLS are readying their wallets. 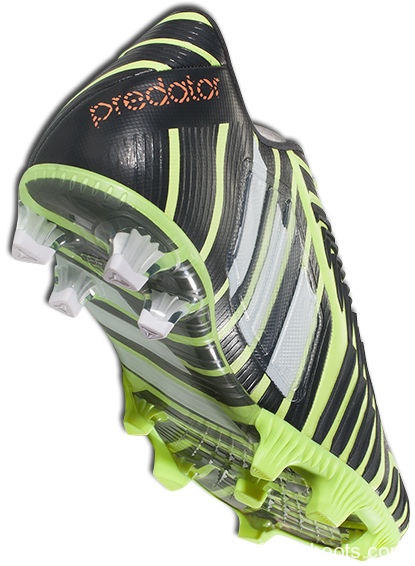 Aside from the new striped look, these are the same Predator Instinct that launched to such massive acclaim during the World Cup.

The boot of choice for the likes of Mesut Ozil, Juan Mata, Angel di Maria and hundreds more, the Instinct is being lauded by many as the best Pred in years.

As with the previous Lethal Zones models, the upper is soft, synthetic HybridTouch, which adidas say has comparable feel and comfort to natural leather, but has the benefit of absorbing less water during rainy matches and won’t over-stretch.

It also allow adidas to be completely unhindered in placing the tradmark SL rubber elements on the Instinct, allowing distinctive areas with varying levels of grip and rebound for different types of passes and strikes. 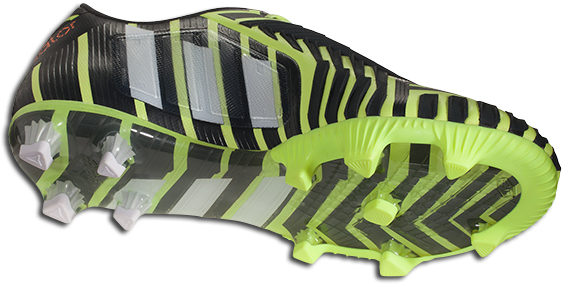 Also new is the ControlFrame outsole. A transparent soleplate with a refined stud system, adidas have decked out the front of the toe area with ribbed control elements, allowing players a better sense of feel on the ball when making small adjustments with the underside and tips of the feet.

Launching today in stores alongside a whole host of adidas football boots, what’s your take on the adidas Predator Instinct – Flash Yellow / Black?

adidas Predator Instinct | Flash Yellow / Black, 8.5 out of 10 based on 8 ratings https://www.footy-boots.com/wp-content/uploads/2015/02/adidas-predator-instinct-yellow-black-white.jpg

Written By
Kyle Elliot
More from Kyle Elliot
We talk to one of the progenitors of flash football boots, and...
Read More