When it comes to new releases, a new adidas Predator is up there with the biggest. And yeah, sure, we might know the tech-specs of the new adidas Predator Instinct before the official launch, but the 20th anniversary celebrations still give us plenty of reason to get hype.

Part of those celebrations sees the release of 14 different Predators in 2014; which leaves us with 14-times as many questions about the new Predator as we might normally have on a boot’s release.

adidas gave us the chance to grab some extensive answers from Antoine Hadjimanolis, Product Manager of the Predator Instinct, as well as the 20th anniversary boots.

What are the new design features of the Predator Instinct?

The 20th anniversary of the Predator is a big, iconic moment for adidas.

But the most important boot is the new ‘Predator Instinct’, which officially launches the campaign. We wanted to make the design really iconic by bringing back the traditional adidas Predator colours of red, white and black.

What is the inspiration behind the new design?

The Predator Instinct range is inspired by predatory animals that use their instinct to hunt. The design patterns of the boots directly relates to the attributes of these animals. 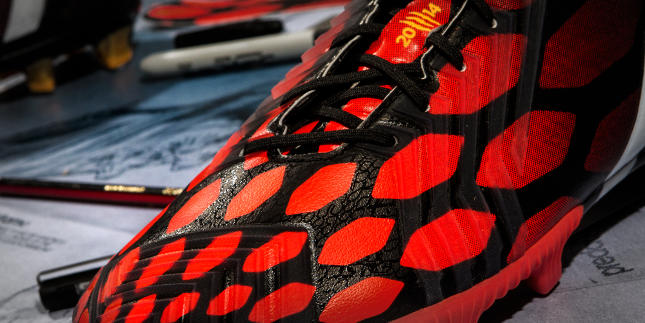 Why have you returned to a classic colour way?

Twenty years ago, when these colours were first introduced, the red was designed to symbolise blood. This is something that we wanted to bring back. By using the classic colours of red, white and black we can introduce new technological innovation to the Predator while celebrating the history of adidas and this iconic boot.

Will the “Predator Instinct” differ from the other 13 boots in the series?

Where did the “Predator Instinct” name come from?

The instinct name ties into the animalistic inspiration of the boot. We wanted to stay close to the true essence of what it means to be a predator. Instinct is right at the heart of what predators do in the animal kingdom.

It also fits nicely with the actions of players on the football pitch. Anticipation and choosing the next move on the pitch has a lot to do with instinct. This name fits in very naturally with the boot and adidas players who will wear the boot. 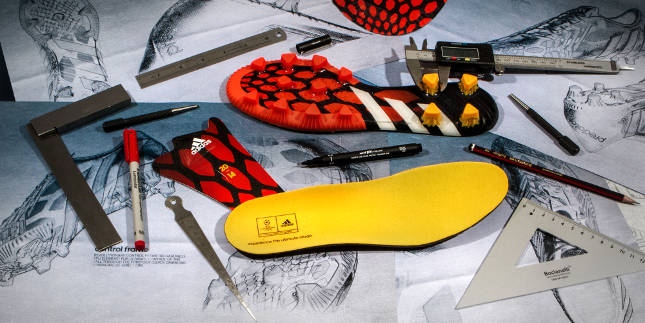 How important is the Predator in adidas history?

Without doubt it is the most important boot in adidas history. It’s where it all started. Before Predator, football boots all looked pretty much the same. When the Predator 94 came along, it was such a striking design. The zones on the shoe, the layering on the rubber, all this was completely new.

The Predator is without doubt the greatest adidas icon. Even youngsters today know the importance of Predator, not only for them but also for past generations. It is certainly the most anticipated boot we will be bringing out this year.

How has Predator evolved in the past 20 years?

The Predator has really moved with the times. The difference between the 1994 Predator and the Predator Instinct is absolutely drastic, from materials and components to technology and weight.

The adidas Innovation Team has worked with us on the boot, making sure that the latest technological innovations are included as the boot evolves. The boots have adapted depending on trends as well.

The trend today is for lightweight, sleeker and less layered products. This is something that is reflected in the new Predator Instinct range, without being minimalist like the f50.

Are there any boots that are particularly important in the range?

The first key one is the ‘back to club’ Predator Instinct. This is incredibly important because it is the boot that will coincide with the launch of the Predator range.

The second big peak is the Revenge Instinct boots. This is the history set of three Predators that we are re-releasing with original designs– the 1994 original Predator, the 1998 Accelerator and the 2002 Mania.

These are the most anticipated boots in the range. Every single day we get requests from fans on social media asking adidas to bring back these Predators, so we think the response to these is going to be outstanding. 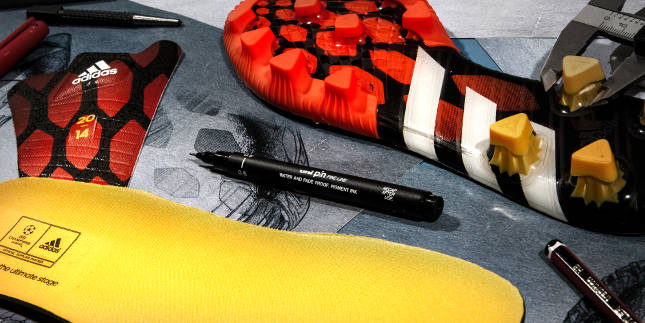 Why is Mesut Ozil the lead ambassador for Predator?

Ozil is an ideal incarnation of the playmaker in football. He is a very polished young player. Some players, such as our f50 players, are all about speed and creating danger. Ozil is more about control, influencing the game from midfield.

He has tremendous anticipation, touch and vision, meaning he is the player who brings the rest of the team into play – the metronome of the team. He is also a very iconic young player, something which made him fit perfectly with the image of the Predator.

How would you want the boots to be remembered?

The boot is already a success; we have already almost doubled pre-sales for the boot since the last launch.

With this being the 20th anniversary and a hugely anticipated product, expectation is high and the fans will be the judges of its quality by how many they go out and buy. We are well on the way to this being a really successful launch.

How long have you been working on this Predator?

Have you had any feedback from the players?

We received feedback from the players all the way through the 24-month development process, from design phase to development and testing. At every single stage of the cycle, players would be testing out the boots. The boots were tested by all our big global players, and by hundreds of amateurs.

The reaction from the players has been outstanding. The boot has been long anticipated and the older players are often really pleased to see the traditional red, white and black colourway returning.

The young players have also really loved the new Predator and the way it plays. They often say that it gives them a status and a confidence because it is such an iconic boot.

Do you have a personal favourite in the range?

My favourite is the re-launched Accelerator because of what it represents. I absolutely love the boot and found it an amazing experience to work on bringing back such an iconic boot 16 years after it was released.