Kaka has given football fans a glimpse of the future after training in an exciting new pair of football boots, believed to be the adidas Predator D5. 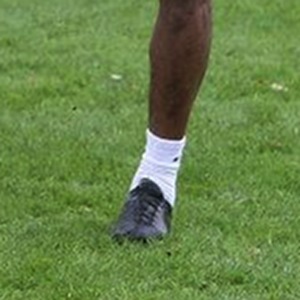 As one of the first top players to be given the chance to test the adiPower Predator last year, Kaka is once again adidas’ go-to man for feedback on their new football boots as the Brazilian gave some new black-outs a run-out in training this morning; believed to be the new adidas Predator D5.

The former AC Milan midfielder donned these mystery football boots in training at the Valdebebas this morning ahead of Real Madrid’s return to Champions League action against Lyon this week.

Funnily enough, this isn’t the first time we’ve seen the' adidas Predator D5 in action on the feet of a top pro, with both Michael Ballack and Aaron Ramsey both spotted training in these new football boots over the summer. 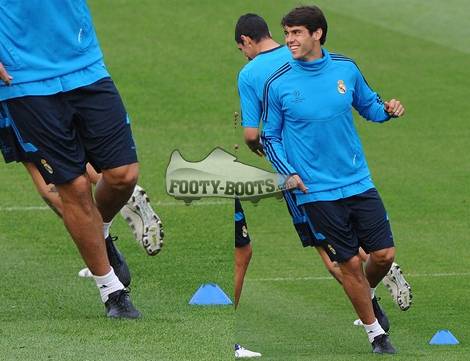 We’ve been hearing murmurs of an additional silo to the legendary Predator name, with names like ‘adiControl’ and ‘adiTouch’ being mooted early on. But the latest industry-insider info seems to think that adidas Predator D5 is the name that will stick when these new cleats launch to coincide with Euro 2012 next summer.

The' adidas Predator D5 moniker is supposedly derived from 5 ‘deadly’ new technologies that these new ‘control’-focused football boots will bring to the line, including a focus on a synthetic leather upper (which you can see Kaka is modelling in these photos).

The ‘Type 1’ Prototype of these new football boots on the feet of Ballack.

Looks like another exciting launch from adidas, with a new-look sole for better grip, a myriad of controlly-looking pods on the upper, and a synthetic upper.

What do you think the 5 deadly technologies will be when the' adidas Predator D5 launches next summer?

Is anyone else getting a distinctly non-Predator vibe from these football boots?