It’s been a pretty quiet few days in the world of boots this past week, and with no big tournaments over the summer to look forward to my mind started to drift backwards down memory lane to my first boots.

Ideally I wanted to start at the very beginning – my first pair of boots were by a company called Quasar and, despite being endorsed by Gary Lineker, I can’t find any details on the company (let alone the boots) anywhere! So the next best place would be 1994 – the year of the first Adidas Predator.

Being 8 years old, seeing the adverts and hearing the hype, had me begging for a pair of new boots, me and my brother would talk about how amazing predators were whilst watching match of the day, before we’d even seen a pair in real life.

When the start of the new season rolled around my parents had finally caved and bought me a pair of Predator Cup’s. 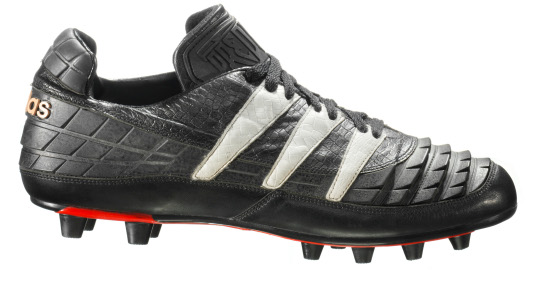 I can still picture those boots right down to the last detail. The now-redundant predator ‘eyes’ logo under the tongue, the rubber vamps which jutted off the boots by a about a centimeter, an upper so sturdy with synthetic it had little or no give.

Truly revolutionary boots, the world had been ticking over with the same Speciali, Mundial, Kings and Tiempos for years with little or no improvement (and this was before new colourways came out every month or so) they were a much needed kick up the backside for an industry that had started to grow stale. 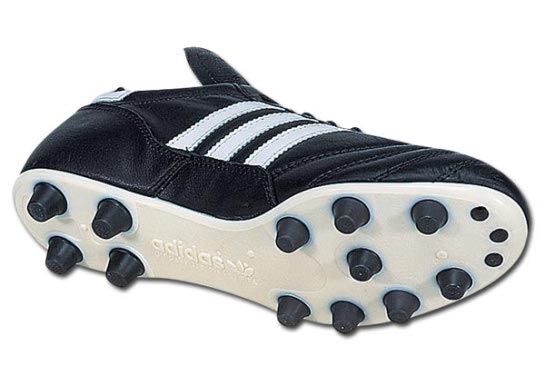 Looking back at pictures of the boots, they simply look like an awkward adiPure with a huge tongue and a few dozen miniature skateboard ramps glued to the front.

With no heel counter, weight distribution technology or lightweight upper to speak of, the only other feature it boasted about was have a mere 6 studs on the sole. But they were magic boots to a world that went crazy for them, ask anyone who was at school when they came out – the playground was alight with talk of these new boots that cost over a hundred pounds, all the best players would be wearing them and they let you kick the ball harder than ever before.

I’d love to regail you with stories of the glory and adventures that me and my new boots had together, but I was 8 and can’t really remember and specific matches (though I do remember our school’s coach giving me man of the match award. Once.).

So instead I want to hear what everyone else’s first pair of boots were; the older crowd will undoubtedly get all misty-eyed when thinking about their first boots and all the adverts that went with them. But it’s the younger readers I want to hear from – being born into a world of mass advertising and ground breaking technology – why did you choose what you chose?

The latest Predator, the Rome

So drop us a comment and make all the Footy Boots staff and writers cringe when you tell us that your first pair of boots were the original f50’s, or Total 90 Air Zoom II’s and that you’ve still got your whole life ahead of you!

Written By
Felipe
More from Felipe
Portugal Away Kit 2010 / 2012 Nani was on hand to launch...
Read More