After the bright and beautiful Tribal Pack for the upcoming Champions League campaign and the excess of activity coming from the new Predator launch, adidas are really spoiling us in terms of releases at the moment – especially with the new adidas Pitch Black Pack.

You might remember adidas followed up the Samba pack with some almost (but not quite) black-out models late in 2013, and as we look to the new season, they’re doing the same with their current stash of boots. 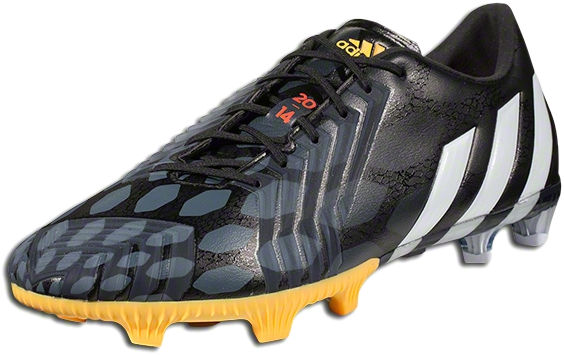 Along with the launch colourway and the alternative in Solar Blue, there should be few styles left uncovered for the new Predator, with something for traditionalists and exhibitionists, whilst the Pitch Black Pack Predator covers those after a Black boot. 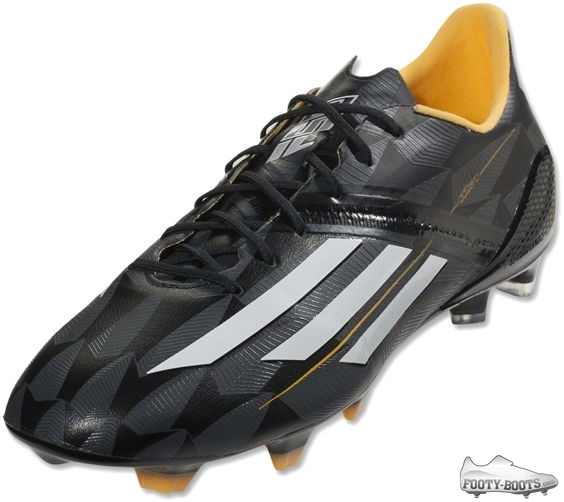 Definitely one of our favourites from the adidas Pitch Black Pack is the adidas f50 adizero in Black / Neon Orange .

adidas’ signature speed cleats are always sleek-looking, but the Battle Pack print we saw introduced in the Summer has never looked better than on this particular model, with tonal Black/Grey providing much-needed subtlety to that bold print.

The only boot in the adidas Pitch Black Pack to use something other than Black/White/Neon Orange, the adiPure 11pro – Black / Solar Blue adds a nice sense of ‘pop’ to the range.

Though pared back, the Battle Pack print remains on this edition of adidas’ heritage-inspired cleats, offering up a nice contrast to the more traditional-feeling front of the boot. 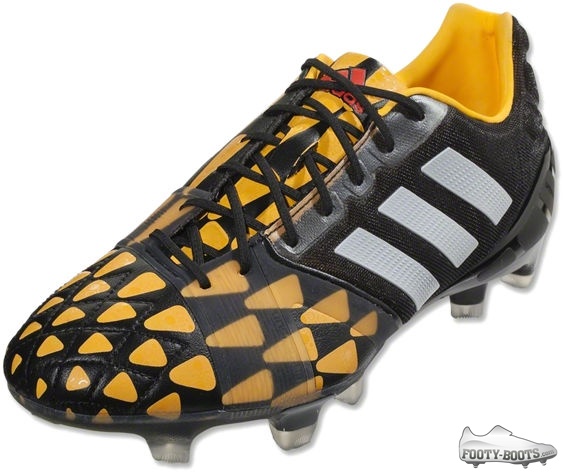 The only boot to feature in both the adidas Pitch Black Pack and the Tribal Pack, the Nitrocharge may well get this ‘honour’ as we can expect to see a whole new version of the boot sometime soon. 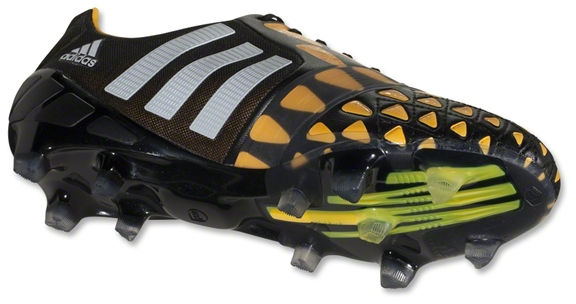 But what a way to go out; the Battle Pack print adds some much-needed pop to the upper, with the transparent EnergySling and returning mesh heel quarter providing some near visuals that go beyond what we would normally expect on a black pair of football boots.

Written By
Kyle Elliot
More from Kyle Elliot
Puma and Hublot endorsee puts his name to a pair of incredible...
Read More