Word from the Papers this morning suggest thats the Northern Ireland national team could be set to sign on the line with adidas, in a new kit deal worth around £500,000. 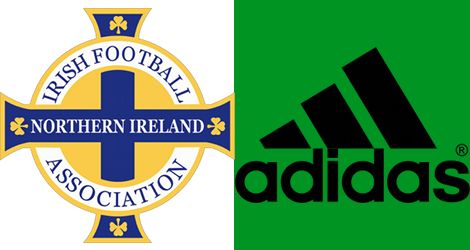 The new deal with adidas – which is reportedly set to run for four years – would commence in August 2012 ahead of qualifying for Brazil 2014.

Any new technical supplier agreement with adidas would oust current sponsor Umbro, who have supplied the Northern Irish national team since taking over from Patrick in 2004.

Should adidas manage to tie up a deal with Ireland, it would certainly put adidas in a strong position within the ‘Home Nations’, who have all played each other at least once this year in the Carling Nations Cup. adidas currently supply Scotland with their kit, whilst Umbro currently back both the Republic of Ireland and Wales.

The last time adidas were official kit suppliers to Northern Ireland was over 25 years ago, when the Irish competed in both the 1982 and 1986 World Cups.