As adidas’ new Pure Leather Pack is causing a bit of a stir right now, and we think the adidas Nitrocharge Pure Leather could be a favourite for many.

Whilst not backed by as many players as the f50 and Predator Instinct at the moment, the adidas Nitrocharge Pure Leather are a handsome pair of football boots – no doubt. 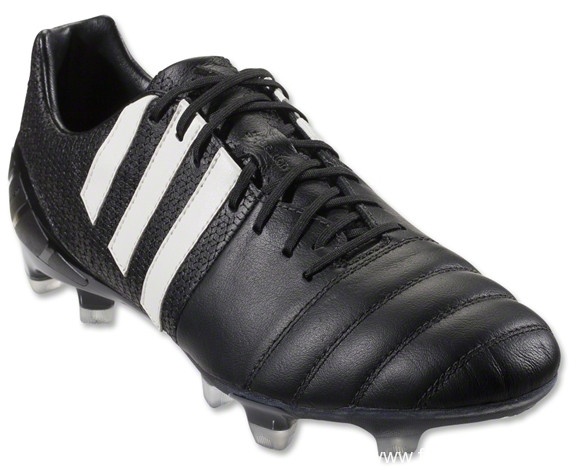 With a classic black and white look, the Nitrocharge entry into the Pure Leather Pack arguably packs the most old-school flavour, with a clean front end and central lacing system.

We’re also huge fans of adidas’ unorthodox placement of the Three Stripes on the flank, giving the adidas Nitrocharge Pure Leather the definitive ‘old-meets-new’ aesthetic which adidas were gunning for on this selection of football boots. 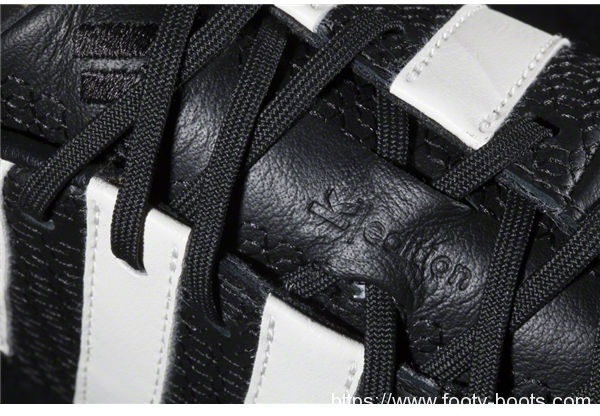 If you don’t know by now, adidas’ Pure Leather pack brings K-Leather to the Predator, f50 and Nitrocharge (the 11pro already has it) – and in the case of the Nitrocharge, this is the first time this notoriously premium leather has graced the range.

Ditching some of the technology – in this instance, the read mesh and forefoot Energysling – adidas are aiming to deliver boots that give a pure K-Leather experience to players lucky enough to snag a pair of these limited edition football boots.

To compensate for this reduced level of technology, adidas are showing that – despite having a reputation for modern tech and features – their old-school craftsmanship chops are still strong.

Instead of the Energysling on the forefoot, adidas have used a deco-stitching pattern that aims to stabilise the foot in a similar way (albeit, less effectively than the rubber on the original version).

Other than that, the EnergyPulse on the soleplate is still intact, as is the Sprintframe traction system.

Set to be released in limited numbers from today, will you be gunning for a pair of the adidas Nitrocharge Pure Leather?

adidas Nitrocharge | Pure Leather Pack, 7.1 out of 10 based on 15 ratings https://www.footy-boots.com/wp-content/uploads/2014/12/adidas-nitrocharge-pure-leather.jpg

Written By
Kyle Elliot
More from Kyle Elliot
Nike will be taking the reigns from Umbro in a new long-term...
Read More