After kicking off a whole new generation of adidas Nitrocharge on Thursday last week, the Three Stripes are sticking with their usual plan of attack and have dropped an ‘alternate’ launch colourway – in this case Infrared / Metallic Silver / Running White.

A bold, eye-catching change of pace to the launch colourway you’re likley the most of on pitch, this Infrared edition is the perfect match for players who like to stand out a little more, or want to match their boots to their kit (we’d like to thin Bayern Munich’s Javi Martinez has already started eyeing these up!). 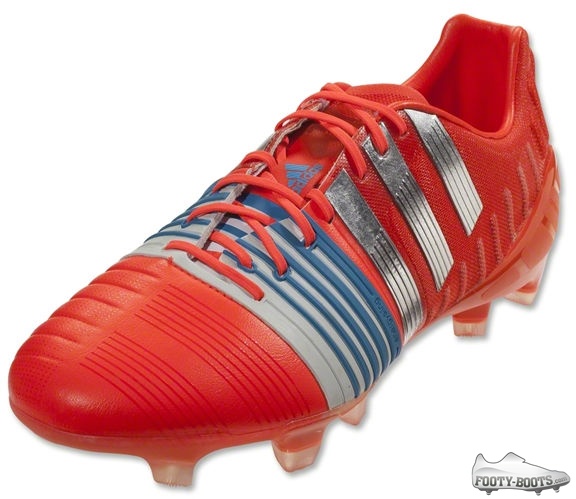 The reaction to the new adidas adidas Nitrocharge has been a little muted, with a few Nitrocharge players defecting to Predators for the boot’s twentieth anniversary, including Liverpool and England duo Steven Gerrard and Rickie Lambert.

Not only that, but the fuss over the boot has felt a little like it’s on the back-burner with high-impact releases like the Predator Instinct 94 landing just days after the new adidas Nitrocharge.

But that shouldn’t detract from what seems like a worthwhile update to the ‘energy’ focused boots.

Players responded well to last season’s Nitrocharge, with many enjoying the middle-ground the boot finds between the Predator, F50 and 11pro with a lightweight feel and hard-wearing tech for box-to-box players. 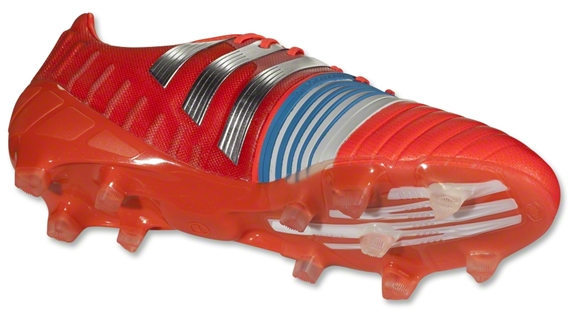 This time out, a revised Energysling aims to reduce energy loss even more than the last incarnation, whilst a new Kevlar mesh in the heel aims to make them even more protective than the previous edition.

In the Footy-Boots.com store today, let us know what you think of the adidas Nitrocharge Infrared / Metallic Silver / Running White, below.