It’s a rare and welcome occasion when a brand launch an all-new silo, so it’s with great pleasure we can finally reveal the adidas NitroCharge 1.0!

After a full 7 months since we saw the prototypes on the feet of Bastian Schweinsteiger and even longer since they were clocked on the feet of Sven Bender, adidas have given us the full scoop on the NitroCharge 1.0. 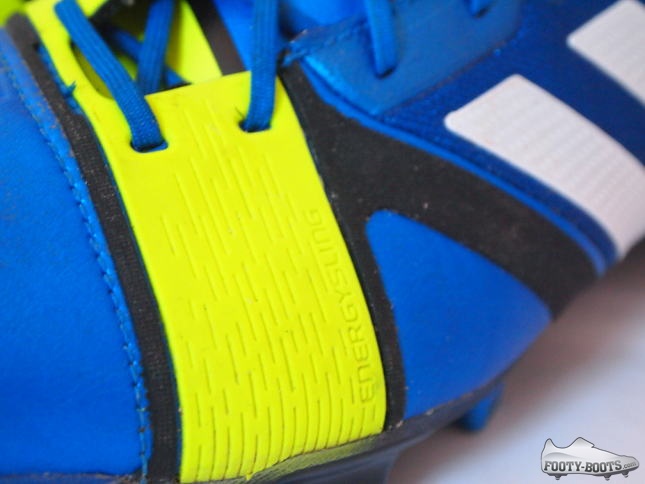 The motto is: NitroCharge Your Game – and specifically, it’s talking to box-to-box midfielders, rampaging full-backs and the enforcers of the centre-circle.

adidas want the NitroCharge 1.0' to become the go-to football boots for players who track back, make the tackle, drive forward and spot the pass, and as such have kitted it out in a number of features to help players who tirelessly keep their team going. 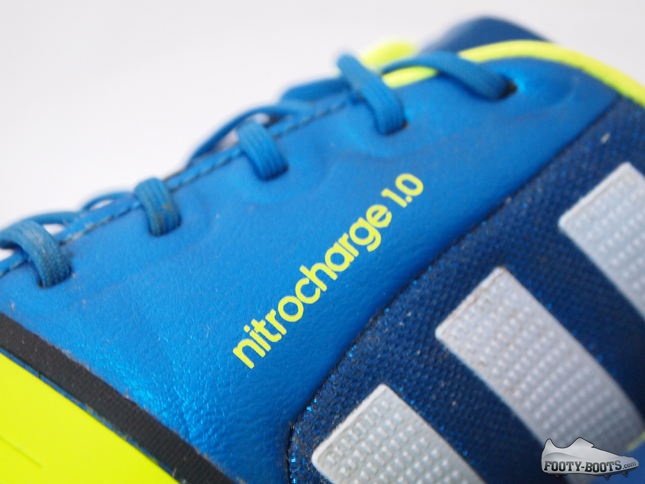 Most notably, the new EnergySling – constructed of high elastic rubber, the energy sling stabilises the foot by anchoring the vamp from two angles on the soleplate and locking the foot in place for one-to-one movement with the soleplate – essential for supporting the foot when making quick lateral cuts and dynamic turns.

It also has the benefits of being super grippy externally, likely helping with touch on the ball, and keeping this section of the boot more elastic, for a continually good fit. 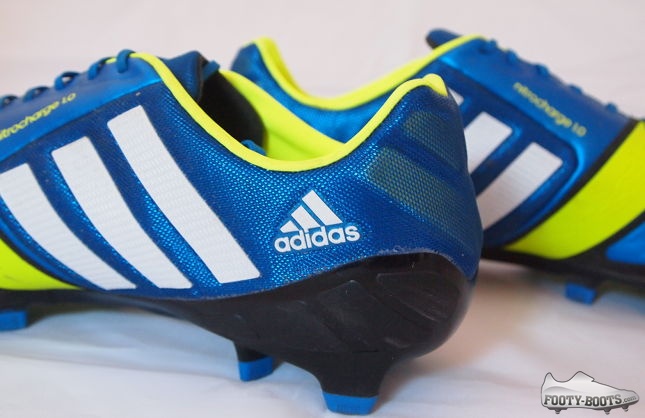 The midfoot and quarter of the adidas NitroCharge 1.0 is a performance mesh that’s very similar to something you might find on a running shoe.

Rather than energy return, this piece of the NitroCharge‘s functionality gives the boot a great fit and superior, sneaker-like comfort to keep players at their best for more than just 90 minutes. 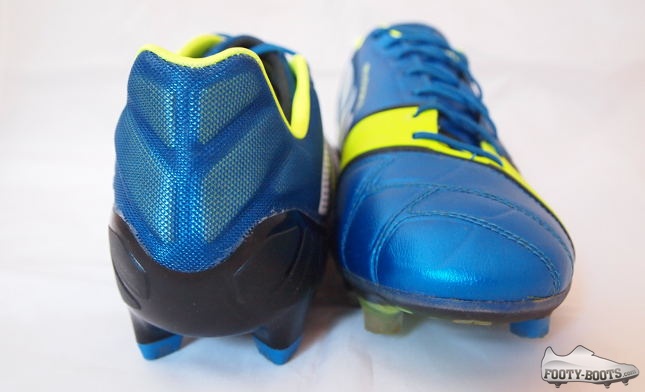 In the forefoot, you’ll find adidas’ HybridTouch – adidas premier synthetic leather. HybridTouch has become a favourite since debuting on the Predator LZ, demonstrating leather-like grain and softness but with great shape retention, malleability and water-resistance.

As with the Predator LZ, adidas have also utilised the creative freedom that comes with working on a synthetic, creating a modular pattern that is a running theme through the NitroCharge 1.0.

The chassis continues the adidas stable theme of utilising the SprintFrame and Traxion stud shapes, with a soleplate pattern almost identical to that of the F50 or Predator.

However, adidas are clearly getting more comfortable with pushing the designs of their revolutionary traction plate, with the adidas NitroCharge 1.0 boasting a nifty pair of transparent studs under the metatarsal.

And, of course, there’s the EnergyPulse – the ECG-inspired reenforcement to the soleplate is more immediately rigid than any other adidas boot with a SprintFrame.

This allows the chassis to return to shape quicker, maximising energy return in the ‘toe-off’ phase of every step without interfering with the natural mechanics of the foot when jogging, sprinting or turning. 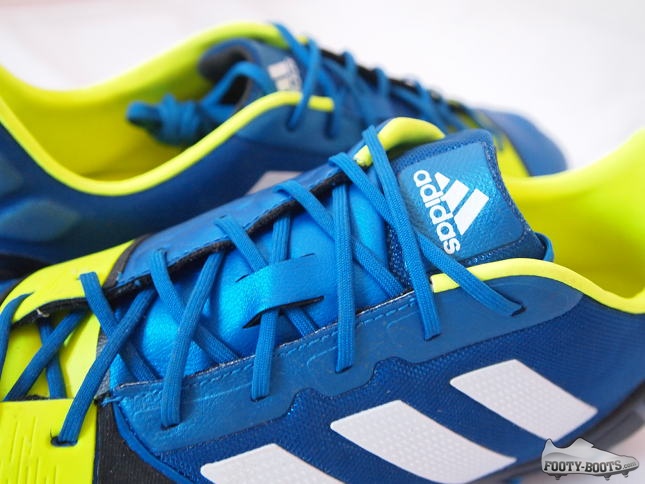 As you’d expect, as with all adidas boots from the last 18 months or so, the NitroCharge 1.0 boasts micoach compatibility, with the cavity for a Speed_CELL in the left boot.

You’ll be able to see the adidas NitroCharge 1.0 on the feet of Xabi Alonso and Dani Alves from this week, with Bayern Munich’s third lung Javi Martinez and Borussia Dortmund’s workhorse Sven Bender bringing them to the Champions League final at Wembley.

Written By
Kyle Elliot
More from Kyle Elliot
It's the Return of the King in a stunning new White /...
Read More