For the last few years, adidas and the MLS have teamed up to use their regular-season games in October to promote Breast Cancer Awareness month, using Pink-themed boots balls and kit to draw attention to the incredibly worthy cause. 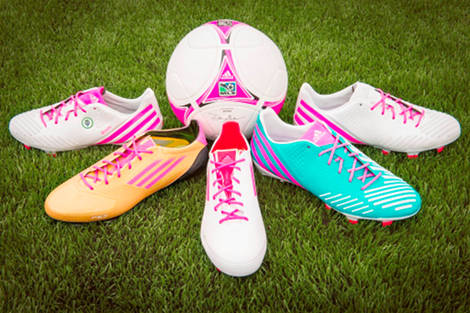 And this season is absolutely no different, as adidas will be outfitting some of Major League Soccer’s best players with pink adidas football boots that they’ll wear throughout this month. 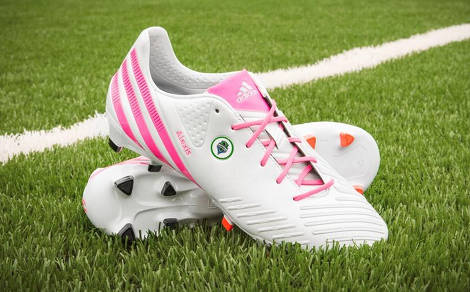 Fredy Montero (Seattle Sounders) adidas Predator LZ:' Ĺ›I wanted to keep it simple, but at the same time it means a lot for me now with my wife’s name on my shoes. ' Also of course I’m trying to support women with this for Breast Cancer Awareness Month.ĹĄ 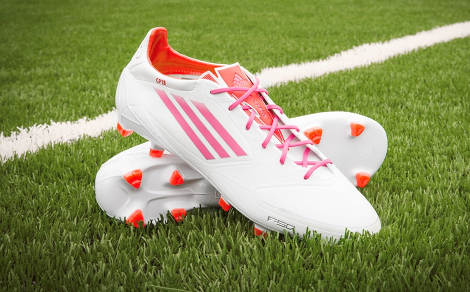 Chris Pontius (DC United) adidas F50 adiZero:' Ĺ›I designed my cleats the way I did because I like the simple color scheme. The pink stripes and laces were added for Breast Cancer Awareness Month and the red tongue is for the DC United colors. I like the white basic scheme because it looks very clean and that’s how I went about designing my cleats.ĹĄ

Darlington Nagbe (Portland Timbers) adidas F50 adiZero:' Ĺ›These will be my first custom cleats, I'm pretty excited.'  adidas is famous for their stripes, so I wanted to make the stripes, laces and other pieces on my boots pink to support breast cancer awareness.'  I used black and gold on the rest of the cleat to draw attention and try to make the pink really stand out.ĹĄ 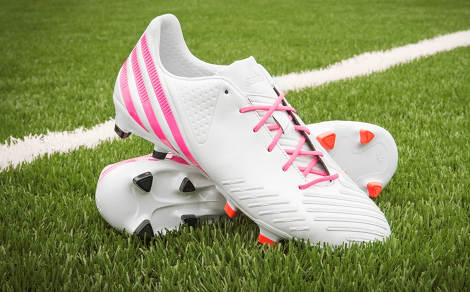 Kenny Cooper (New York Red Bulls) adidas Predator LZ:' “My inspiration for why I designed my boots with pink stripes and laces are all those who have had breast cancer. I know when I look down on my boots and see the pink that represents Breast Cancer Awareness that I will be inspired by their hope and strength.” 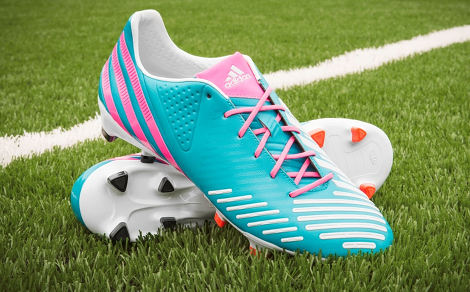 Teal Bunbury (Sporting KC)' adidas Predator LZ:' “I wanted to make something fun and exciting and that definitely looked good. Mainly though I wanted to show my continued support of Breast Cancer Awareness having that a family member was recently diagnosed with Breast Cancer. Having the ability to design my own cleat gave me the freedom to express my passion for the game.”

As with last season the official match balls will also be getting in on the act. The adidas Prime – the MLS’s' equivalent' of the Tango 12 – will' be coloured White and Pink and auctioned off after every game it’s used.

Which of the MLS star’s custom cleats do you like best?