We’ve known for quite some time that adidas has had some grand designs for it’s miCoach system – but we didn’t expect them to come to fruition so soon and in such a big way. 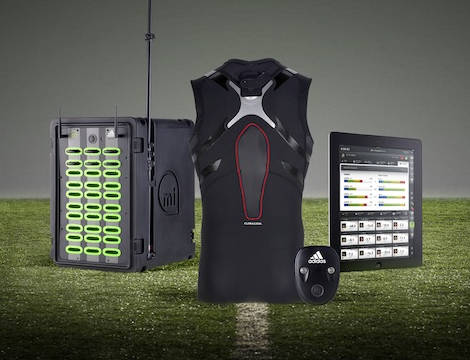 At a special unveiling in New York yesterday, adidas revealed that they the MLS will integrate the new adidas micoach Elite System league-wide in 2013, marking the world’s first “smart league.”

The announcement comes ahead of the 2012 AT&T MLS All-Star Game, which is set to be the world’s first “smart game” integrating the micoach Elite System.

Beginning in the 2013 season, all 19 MLS clubs will use the data-tracking technology from adidas, providing coaches, trainers and players with real-time performance metrics including heart rate, speed, acceleration, distance, field position and, for the first time, power.

By measuring every move, heartbeat and step and relaying that to a coach on the touch line in less than a second, the technology enables a better understanding of the physical and physiological impact on the team, or any individual, during a game or training session.

From analyzing trends to preventing overtraining and risk of injury, the micoach Elite System will help maintain optimum levels of player performance week in, week out throughout the season.

How will it work? Well, the micoach Elite System includes a small data cell that fits into a player’s base layer in a protective pocket on the back between the shoulder blades. 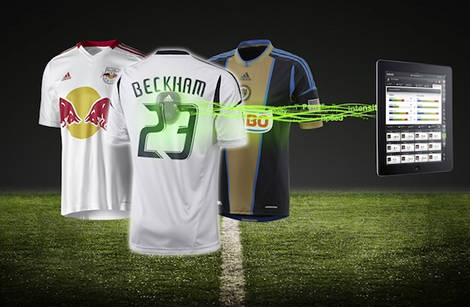 Connected by a series of electrodes and sensors woven into the fabric of the base layer, the cell wirelessly transmits more than 200 data records per second from each player to a central computer and then is displayed in a series of simplified insights and results on the coach’s iPad.

At the touch of his fingertips, a coach can monitor the workload of an individual player, compare one athlete with another or view the whole team to gain a complete picture of the squad.

It definitely sounds like a massive technological innovation, and a great publicity move for the MLS.

We’d love to see some of the player’s data made public at some point, though we can imagine putting that data into the hands of opposing teams wouldn’t go down too well – not to mention the ethical quandaries that come with it!

What do you think to ‘Smart Soccer’ and the miCoach Elite system?

Written By
Kyle Elliot
More from Kyle Elliot
Nike celebrate 15 years of Mercurial speed with a recreation of one...
Read More