With the domestic football season well underway, it’s been a little while since we’ve had a nice new shirt release to feast our eyes upon. But thankfully, adidas have helped end that barren spell with the new home shirt for Mexico, that will be worn at the 2014 World Cup in Brazil.

Interestingly, Mexico are yet to fully qualify for next summer’s tournament, with their qualification still in the balance. ‘El Tri’ look most set for a play-off date with New Zealand next month, however, results from Panama and Honduras could see them either qualify automatically or be dramatically leapfrogged. 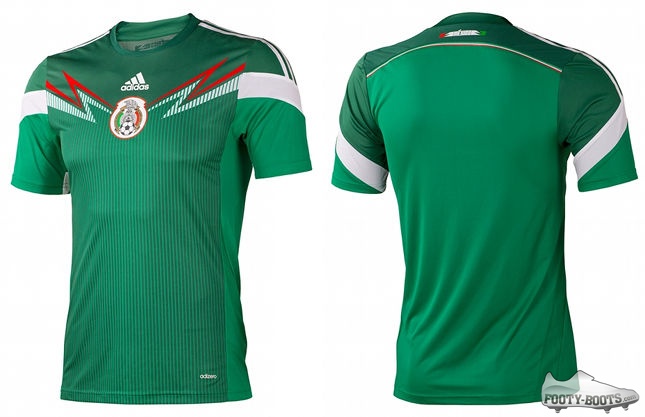 Which would be a terrible shame, given that we’d see very little of this exceptional home shirt in competitive action!

Using the traditional base of green, adidas have added in a bi-tonal effect for a dynamic and visually engaging jersey. Only amplifying that sense of energy are the flashes of white and red across the chest that evoke the Mexican flag.

adidas have opted to feature the crest in the middle of the shirt, with the bolts of colour directing attention to the FMFA livery. 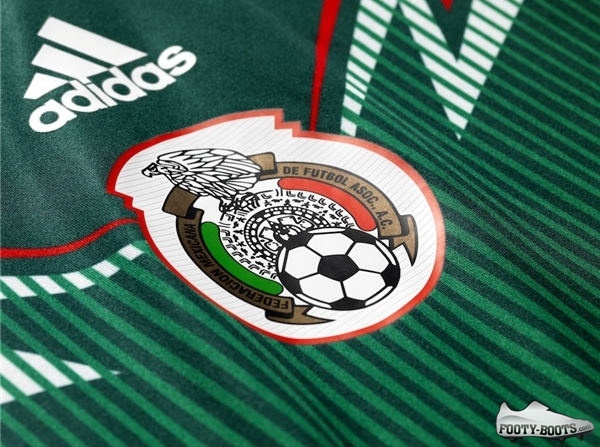 Of course, one of the most noteworthy points of this release is that it is the first of adidas’ World Cup jerseys to be officially unveiled, giving us a sense of what to expect from the rest of the Three Stripes’ Brazil 2014 kits.

adidas have created a strong, unique visual identity for El Tri – and having been a little guilty of relying on ‘template’ kits for major international tournaments in the past – here’s hoping that this is the start of a trend we’ll see running through all kits flying the Three Stripes in Brazil next summer. 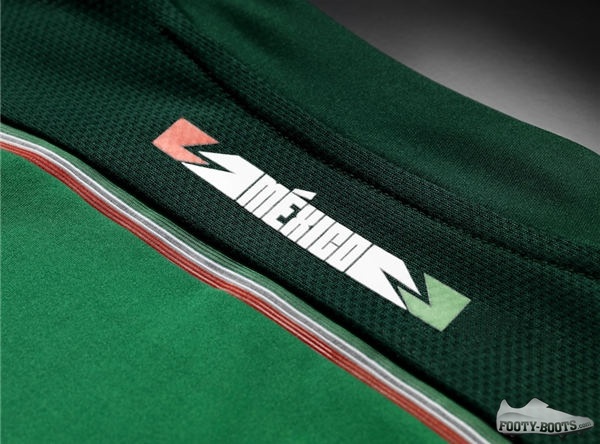 Mexico debuted the new home shirt for the World Cup in Friday’s game with Panama – a game that was settled by an 85th minute Raul Jimenez Bicycle kick winner that kept Mexico’s World Cup fate mostly in their own hands.

What a way to launch a kit.

Written By
Kyle Elliot
More from Kyle Elliot
Sack off the pastel colours of earlier this year, the Black-Out and...
Read More