adidas continue to develop Messi’s own off-shoot of the f50 adizero, with the launch of the new adidas Messi 10 – Pibe de Barr10.

After wearing his Mi Roasr10 last-gen models for the last four months, the new Messi Pibe de Barr10 football boots bring Leo up to speed with the latest f50 technology, and a daring new look that takes us on the next step of Leo’s journey to become the world’s best player.

The new Pibe de Barr10 is inspired by the Barrio of Las Heras, Rosario, where Messi learned to play the game.

Las Heras was where Leo Messi first began his journey to becoming the greatest player on earth.

The streets and pitches of the Barrio are where he first shaped his game. The new Pibe de Barr10 were designed in collaboration with Rosario-born graphic artist Ignacio Valenti in a style that pays tribute to Messi’s childhood.

The boot has been created as part of the #therewillbehaters series that celebrates the “hate” at the heart of football.

There were some that never believed Leo Messi would leave Rosario, but he has gone on to break records and win trophies. “You don’t get to be the best in the world by listening to the doubters” says the tagline for Messi’s latest football boots. 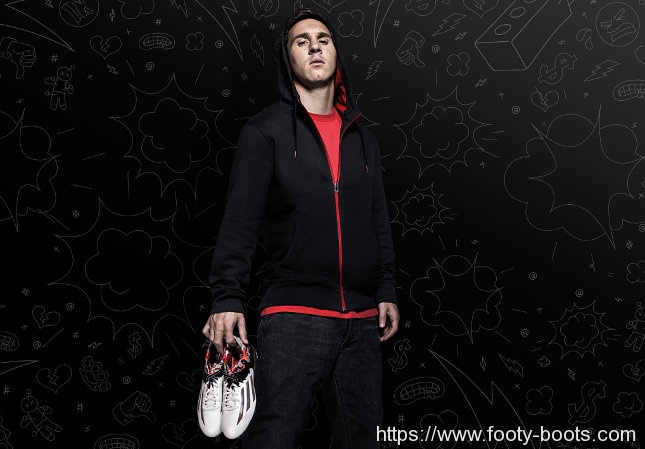 As mentioned at the start, the Messi Pibe de Barr10 brings Leo’s footwear into the latest generation of adidas tech. Boasting a new two-level outsole inspired by track shoe spikes, and a 360 DribbleTex finish for enhanced grip.

There can be no doubting that Messi has been on fire at the start of this calendar year; Leo has been directly involved in 22 La Liga goals this year; no other TEAM has scored more than 21.

Barcelona’s #10 will be looking to continue that form when he laces up the Messi Pibe de Barr10 football boots from Wednesday 18th March, with the boots available to purchase the following day.

Written By
Kyle Elliot
More from Kyle Elliot
We get our mitts on the latest release from PUMA - the...
Read More