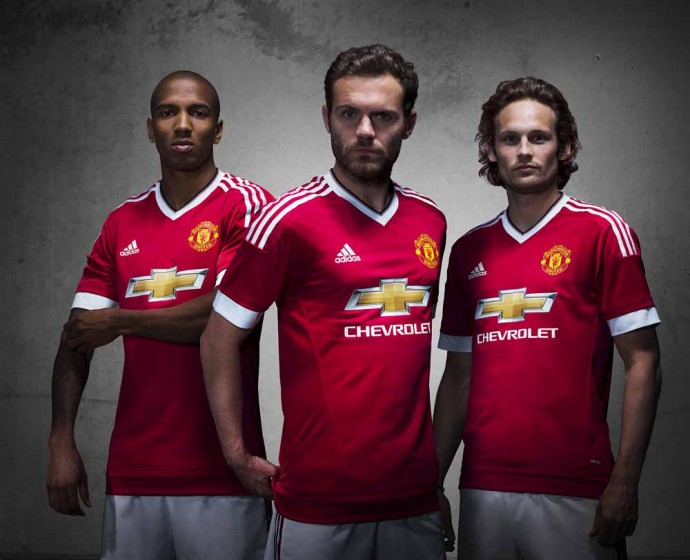 This is the first kit produced by adidas for Manchester United in 23 years and the ‘Reds’ will don this new home kit for the first time in their 2015-2016 Premier League opener against Tottenham at Old Trafford.

United signed a world record £750 million deal with the German sportswear company last year which begins on the 1st August. 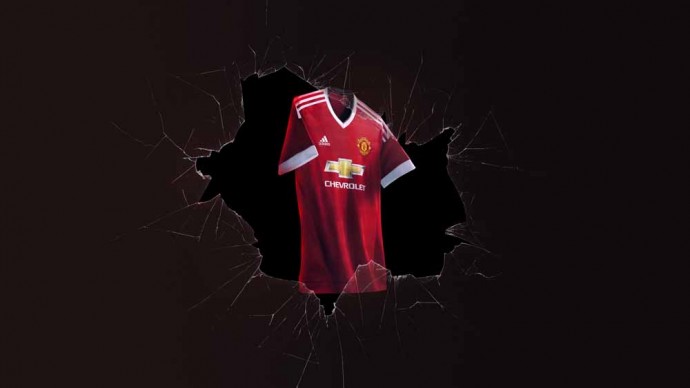 The new kit has influences from previous kits made by adidas for United in the 1980’s. The red shirt features white cuffs and collar, three white adidas stripes on the shoulder and down the sleeve and a white adidas logo. 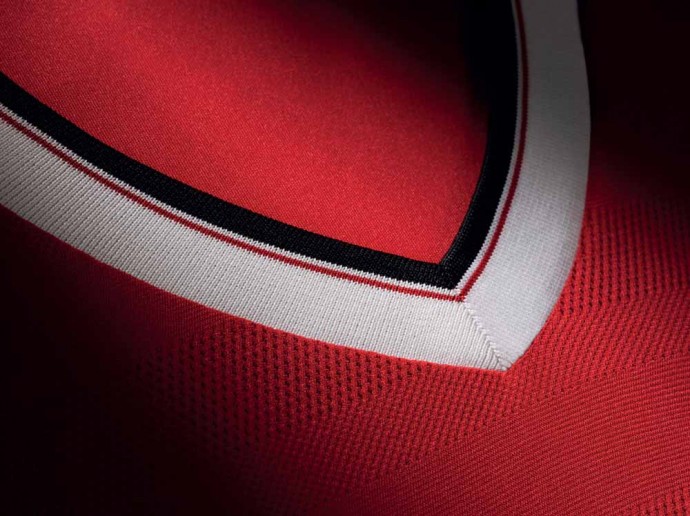 The V-Neck white collar is also detailed with a thin black and very thin red line. There is also a graphic design on the hem of the shirt taken from the 1990 shirt famously worn by Ryan Giggs in his debut season. 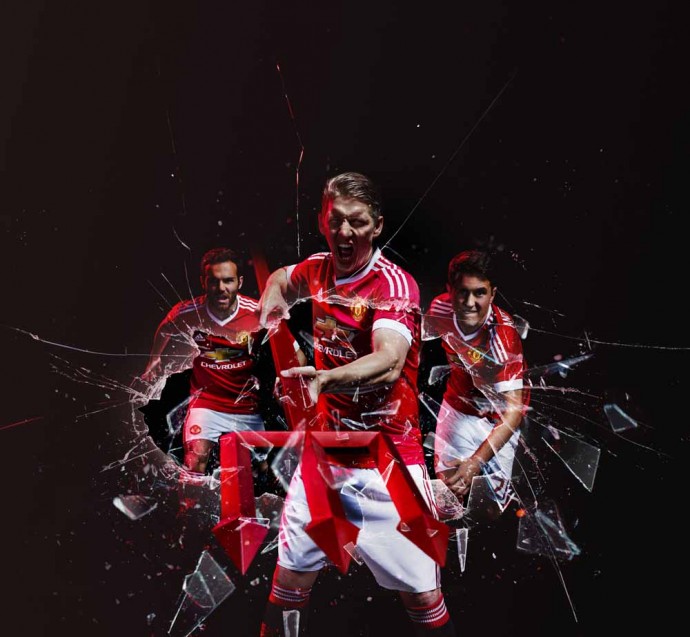 The shorts are white with three red adidas stripes. There are two alternative colours for the socks, black or white. Each will be used dependant upon the opposing team’s colours. The socks have a red devil graphic on the front of the sock and the three stripes on the red section around the knee.

It was a great decision for adidas to lead with an iconic shirt design inspired by the club’s successful past, we think this will be a huge hit with the United supporters.

Written By
Ramsay
More from Ramsay
David Beckham & Iker Casillas discuss their careers and we meet the...
Read More