adidas are celebrating Leo Messi’s birthday in style today with a a very special pair of the star’s Battle Pack f50 adiZero launching in a bright multi-coloured version for the Argentina star to wear as he marks turning 27.

Messi is scheduled to wear these Birthday boots in training on his 27th birthday today, ahead of Argentina’s final group game tomorrow against Nigeria in Porto Alegre. 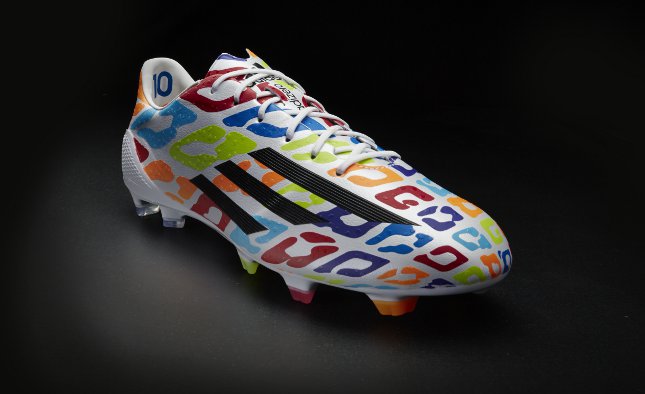 Perhaps the first time we an remember an exclusive colourway being made to celebrate a player’s birthday, we can certainly respect adidas wanting to do as much as possible with their star man during the World Cup – especially given he’s having such a great tournament.

Plus, it’s nice to be surprised! We had no idea these were dropping today, so kudos to adidas for keeping them quiet. 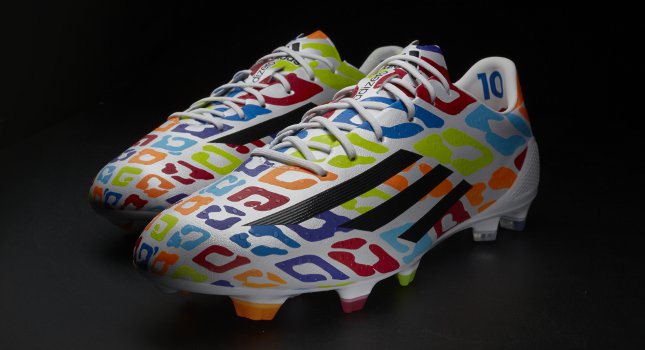 There are to be 27 total pairs made in total – each boot made to celebrate each year of Messi’s life – with two exclusive signed pairs to be given away on a competition @teammessi on his birthday.

The birthday boots are a tribute from adidas to the Argentinian captain, who has scored two goals in as many games so far in the tournament. Messi hopes he will get the ultimate birthday present by adding to this tally on Wednesday evening and ensuring top spot for Argentina in the group.

What do you think of these birthday boots?

A great present or would you be happy with just a cake?

adidas Celebrate Leo Messi’s Birthday with Special Boots, 7.5 out of 10 based on 39 ratings https://www.footy-boots.com/wp-content/uploads/2014/06/leo-messi-birthday-football-boots.jpg