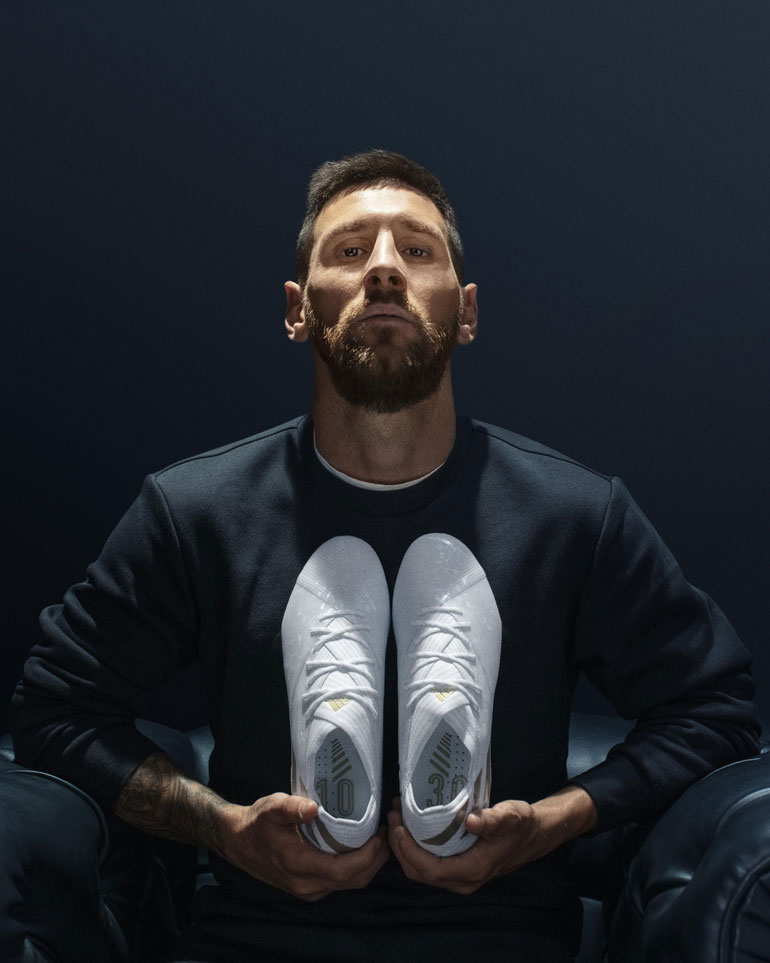 Special issue design of the NEMEZIZ 19+ draws inspiration from the triumphs Messi has achieved throughout his decorated career featuring a ‘five dot’ detail on the left foot, representing his five Ballon d’Ors and his personal ‘M’ logo on the right. There is also a ’15 AÑOS’ print on the arch to highlight his 15 years as a professional player.

The boots left sock liner is emblazoned with a ’10’ – Messi’s favoured shirt number. Meanwhile, the right boot features the words ‘82nd min – 16-10-2004’ on the forefront in honour of the date and time that Messi stepped onto a professional football pitch for the first time. 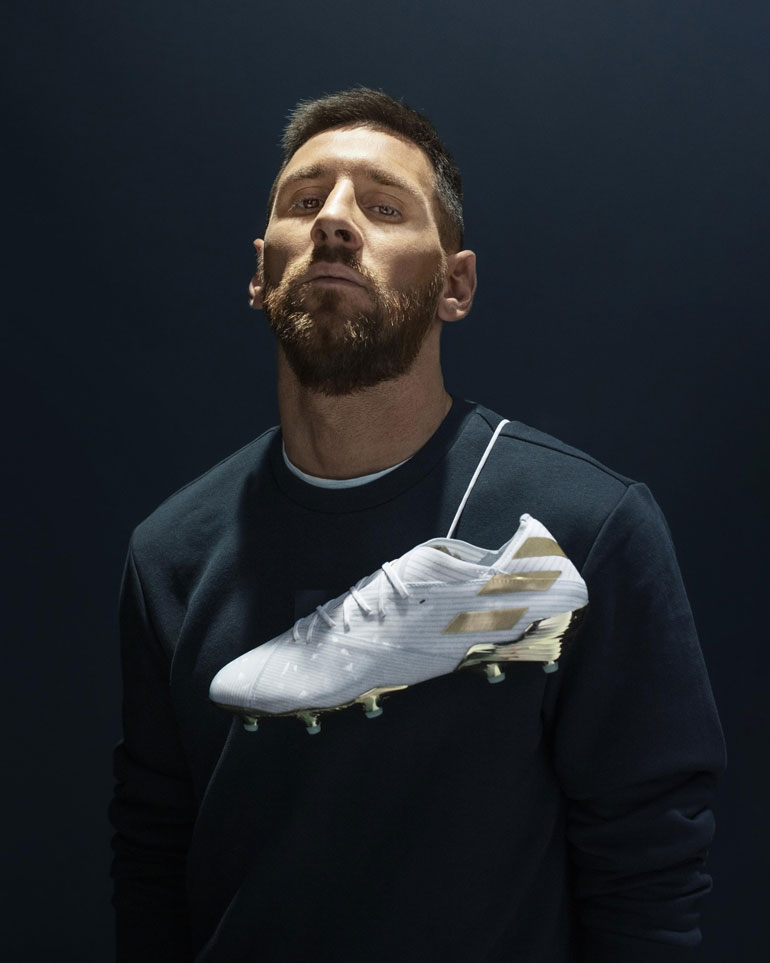 The white and blue colourway on the football boots represents Messi’s South American roots – coming from Argentina – with touches of gold as a nod to the many trophies he has won over the course of his career.

NEMEZIZ 19+ is built for the most agile and multidirectional players.  Tech-wise the NEMEZIZ 19+ created specifically for those who play unpredictably and with spectacular flair, footwork and movement has the same as all the other colourways apart from the revolutionary upper construction of the NEMEZIZ synergising the function and visual of tension, torsion and compression.