adidas have launched the JO’BULANI, the new ball to be used in the World Cup final on the 11th July 2010. 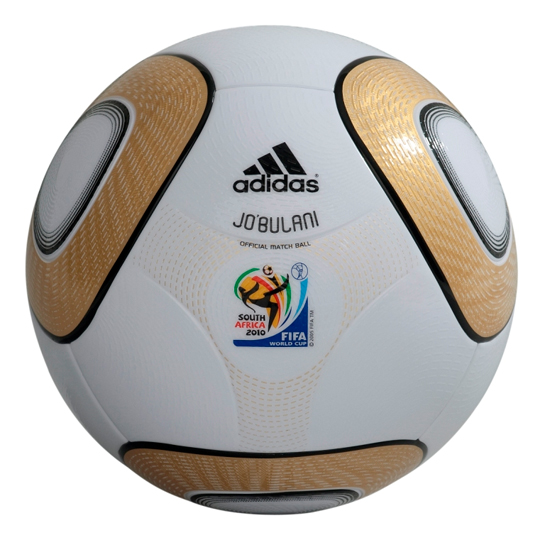 Jo’Bulani – the official ball to be used in the 2010 World Cup final.

The football, called the adidas “JO’BULANI“, is a gold-coloured version of the “JABULANI“, the Official Match Ball of the 2010 World Cup and its name is a tribute to Johannesburg or Jo’burg, the City of Gold. While the ball still features the iconic South African inspired design, the main colour of the “JO’BULANI” is gold. 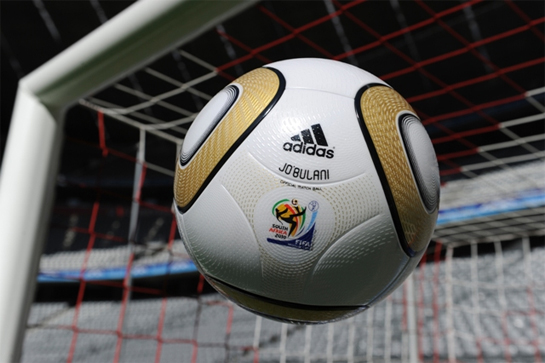 This is the second time that adidas has designed a special ball for a World Cup final, the first final ball was the golden “TEAMGEIST BERLIN”, which was used on July 9th, 2006. 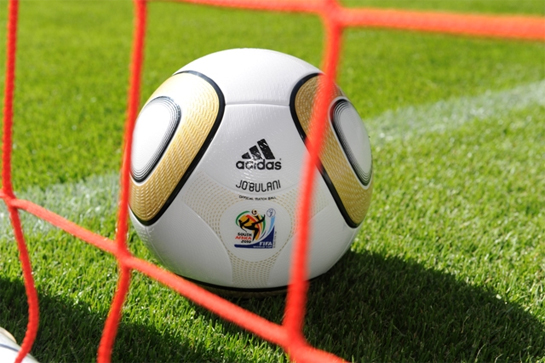 The “JO’BULANI” also features the newly developed “Grip’n’Groove” profile which provides the best players in the world with a ball allowing an exceptionally stable flight and perfect grip under all conditions. Comprising only eight, completely new, thermally bonded 3-D panels, which for the first time are spherically moulded, the ball is perfectly round and even more accurate than ever before. 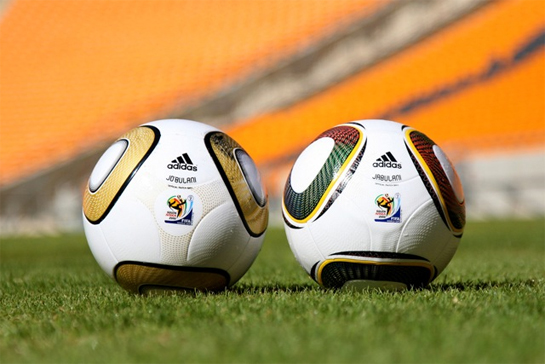 The name “JO’BULANI” is inspired by the name “JABULANI“, which means “to celebrate” in isiZulu, one of the eleven official languages of the Republic of South Africa, which is spoken by almost 25% of the population. The name “JO’BULANI” is also a tribute to the host city of the final, Johannesburg, or Jo’burg as people may call it.

The “JO’BULANI” is designed in white and gold, as a tribute to both the colour of the FIFA World Cup trophy and the “City of Gold”; the nickname of Johannesburg. Rate it:

Written By
Felipe
More from Felipe
Despite not being able to play until October due to injury, the...
Read More