adidas are encouraging players to ‘Hunt in the Dark’ by kitting out all four of their lead football boots with a glowing colour scheme – a series they’re calling the Hunt Pack.

The adidas Predator, f50, Nitrocharge and adiPure 11pro will all be outfitted with a unique white and green colourscheme that glows when the lights get low to coincide with the longer nights in the northern hemisphere.

Aside from the nifty gimmick of glowing, the four football boots in the adidas Hunt Pack are packing all the same features we’ve come to know and love since the summer.

Perhaps the only noted deviation from the norm is that the adiPure 11pro reverts back to it’s Battle Pack stitching pattern for the Hunt Pack. 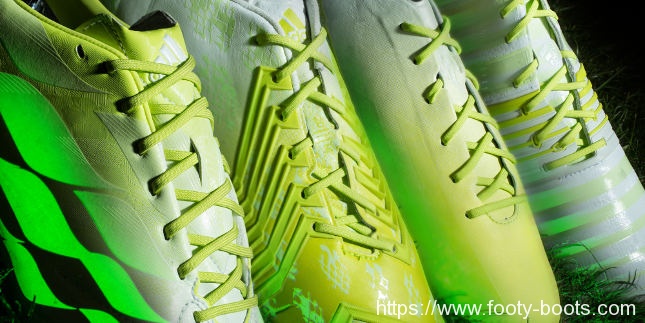 Up close, the glowing details provide some neat design touches drawn from the ‘personality’ of each football boot.

The adiPure gets it’s elegant Battle Pack motif back, the Nitrocharge’s EnergySling is central to the vertical stripe theme on it’s Hunt Pack incarnation whilst the f50 adizero gains a fading glow to from the toe, like the space shuttle on re-entry to the atmosphere. 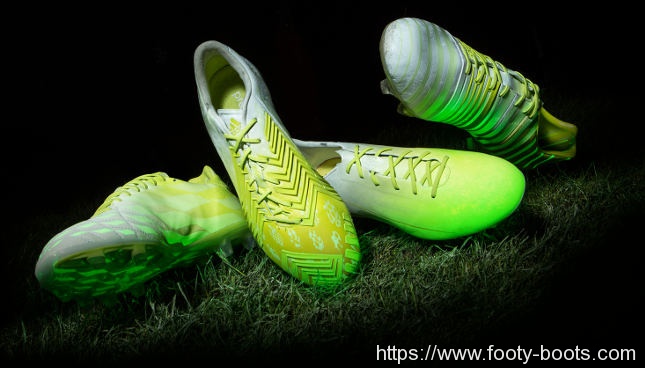 The adidas Predator Instinct also has it’s animalistic scaling pattern called out with glow-in-the-dark detail for it’s last use.

The adidas Hunt Pack marks the final of the fourteen Predators since the start of the summer, bringing an end to the Twentieth anniversary of the original Predator. 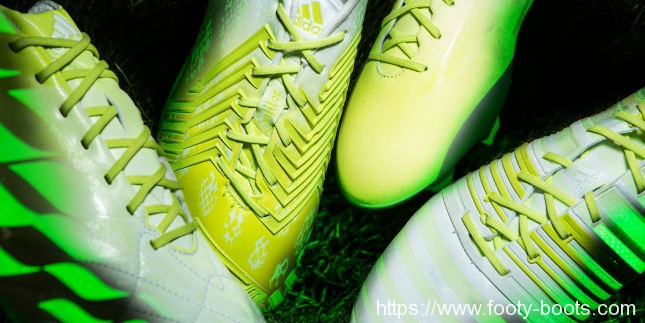 All in all, a strong effort from adidas, if a little gimmicky. Whilst not our taste on first glance, we’re sure the adidas Hunt Pack will gain plenty of fans with it’s unique features.

We’ll be profiling each of the adidas Hunt Pack football boots individually over the weekend, as well as the FreeFootball small-sided shoes that make up the other half of the pack early next week – so be sure to keep dialled in.

adidas Hunt Pack Football Boots, 9.6 out of 10 based on 9 ratings https://www.footy-boots.com/wp-content/uploads/2014/11/adidas-hunt-pack-football-boots.jpg