When France take on England tonight at Wembley, many will view it as something of an unwelcome showpiece Friendly in the middle of one of the most tightly-contested seasons in Premier League history. 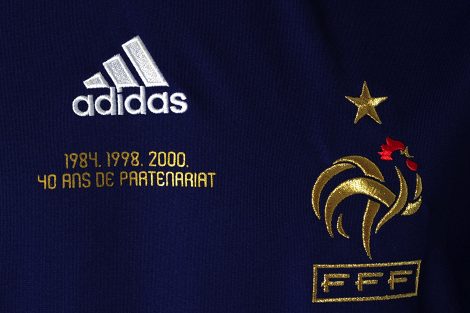 But the game tonight will actually be a fond farewell to a partnership that has endured 40 years – that between adidas and the French Football Federation.

adidas have equipped Les Bleus since the 1970’s and have seen the likes of Platini and Zidane pick up two European Championships and one World Cup (as well as a runners-up medal in 2006) but tonight will be the last football match in which the 3 Stripes of adidas adorn the famous blue jersey of France. 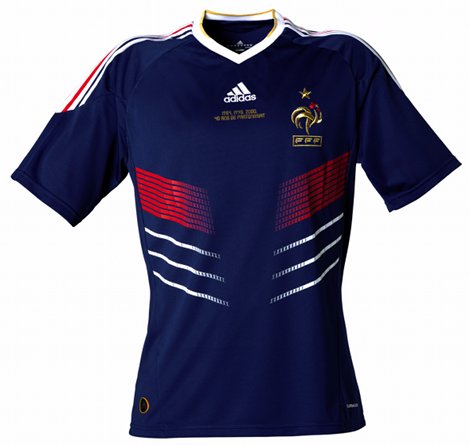 To commemorate the occasion, all France shirts used tonight will bear a print across the centre of the shirt, “1984. 1998. 2000. 40 ANS DE PARTENARIAT”, featuring the dates of the team’s three major international victories and the words “40 Years of Partnership”.

Not available just anywhere, a limited replica version of this shirt is only available at one place: the adidas Brand Center on the Champs-Elys©es in Paris.

As of 2011, adidas will hand over the title of Equipment Provider to Nike, in a deal set to last until 2018 and worth a reported 42.6m a year – one of the biggest deals in World Football.

It’s been a turbulent couple of years for Les Bleus, and the FFF will be hoping a change in shirt provider will be the marker for a turning point for the national team.

Rocked by scandal, walk-outs, strikes and sackings during the World Cup, France has banned squad players like Nicolas Anelka to send a message to a squad full of big egos and a sense of entitlement and hopes to bring through exciting new talent willing to fight for the shirt. 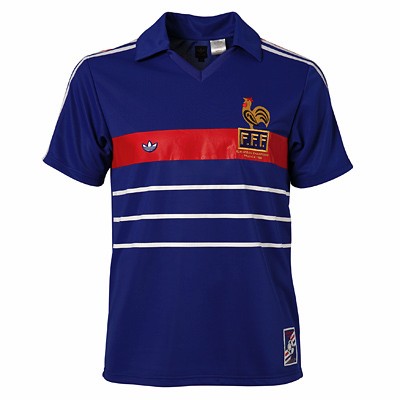 A replica of the 1984 Shirt worn by Micheal Platini

A patchy start to qualification for the 2012 European Championships has ensued, but with many more experienced players such as Florent Malouda and Patrica Evra return to the fold France have reason to be optimistic, and a new Nike kit to look forward to. 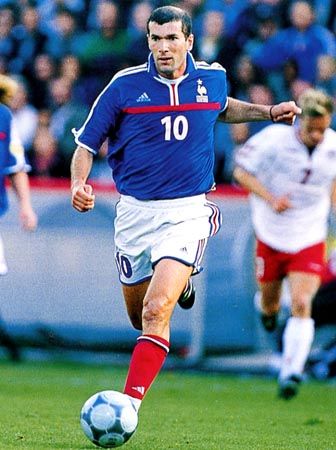 Zidane, adidas kits, and a European Championship; the 90’s were a good time to be a French Football Fan!

We’re pretty excited to see what Nike come up with for France, but we’re kind of gutted to see 40 years of history ended between adidas and France.

Written By
Kyle Elliot
More from Kyle Elliot
David Beckham will be hanging up his football boots after PSG's game...
Read More