adidas continue to reveal their batch of change strips for this sumer’s big footballing event with the launch of the Germany World Cup Away Shirt 2014.

After last year’s incredible retro Green effort (which is supposedly unlucky), adidas are swinging back to the Black and Red of previous kits for inspiration – but combining them in an entirely new way 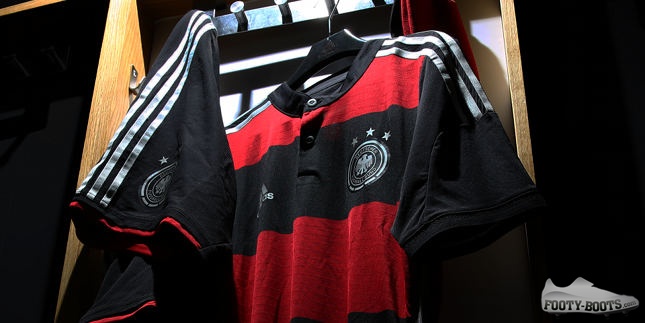 “The new jersey looks great and reminds me of Flamengo Rio de Janeiro’s kit ” that is sure to bring us luck for the World Cup in Brazil.” -' Mesut Ä‚€“zil 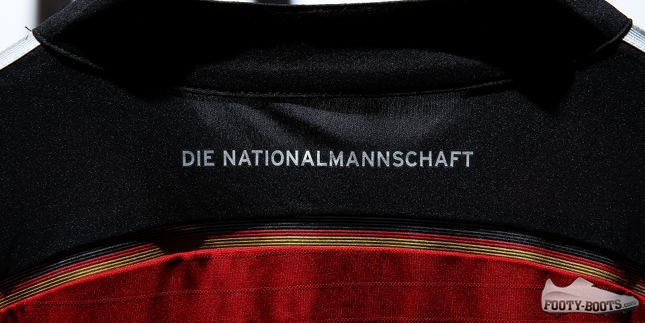 Interestingly, the stripes aren’t entirely solid; thinner stripes are integrated into the bigger, red stripes something that “stand for team spirit and integration on the pitch”, according to JÄ‚Ä˝rgen Rank, Chief Designer for football apparel at adidas.

“The jersey is a strong statement underlining the lifestyle of fashion-conscious young people in Germany, their openness and their unconventional attitude.” Rank continued. 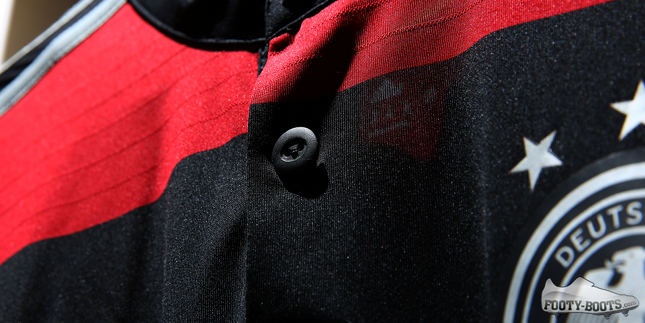 Not only a fresh look on the pitch, but the Germany World Cup Away Shirt 2014 is also the only adidas kit at the World Cup that will use a ‘rugby’-style collar, giving it a little more of a casual feel to the rest of the jerseys you’ll see this summer.

The' Germany World Cup Away Shirt 2014' will celebrate its premiere in the friendly against Chile in Stuttgart on March 5th, but keen fams will be able to grab the jersey from February 14th.

What do you think of this new kit? Let us know by dropping in a comment!