Whilst adidas have offered quality small-sided/5-a-side trainers, their recent rebranding of the ‘adi5’ name to FreeFootball has seen them bring in more ‘premium’ products. And right at the top of the pile is the adidas FreeFootball X-Pro! 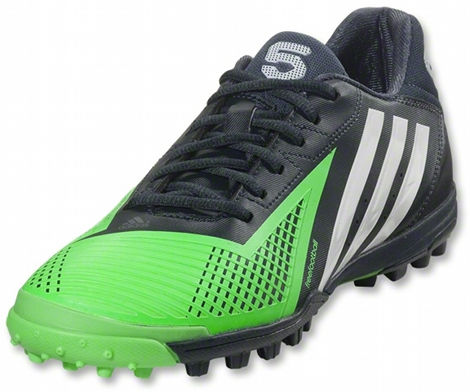 Just as Nike have brought out a range of Nike5 shoes that pack as much in terms of features as a ‘statement’ boot like the CTR360 or Mercurial Vapor, adidas’s FreeFootball X-Pro is a technology-packed shoe that comes with a comparable price-tag to the Nike5 range.

Designed for the serious 5-a-side player, the adidas FreeFootball X-Pro is designed to be the ultimate shoe for someone who lives their whole footballing life on the court.

The upper is adidas free kick material – a full grain calf leather – which gives a more natural, cushioned feel than some of the synthetics adidas employ on their small-sided-game shoes.

Across the upper, adidas have a huge control/friction element. Made of an enhanced Touch Compound rubber (as you’d find on the FreeFootball/adi5 X-ite) this material is more substantial than previous offerings and won’t wear out as quickly.

Employed in a similar layout to the adidas Predator Lethal Zones, the adidas FreeFootball X-Pro Touch Compound is thin and flexible on the instep and outstep, whilst more enforced on the striking zone above the toe.

adidas adiPrene carries over from it’s running shoe line in the midsole, combining with an EVA sockliner to take the strain off your knees and improve shock absorption in the heel and midfoot, 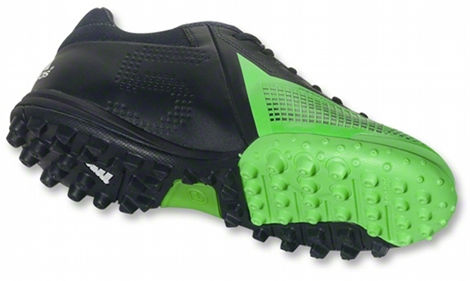 The sole is designed to be low to the ground for maximum feel and confidence when maneuvering at speed, and uses miniature, rubber versions of the Traxion 2.0 studs you’d find on the F50 adiZero throughout the boot.

The adidas FreeFootball X-Pro also has space for a miCoach SPEED_Cell in the sole, making this one of the first football-specific small-sided shoes to be miCoach compatible, and opening up the service to a whole new audience.

Weighing in at 289g/10.2oz, the adidas FreeFootball X-Pro might not be anywhere near the minimalist Puma SpeedStar, but is actually very lightweight for a 5-a-side shoe.

Available in the US for $99.99  in three different colourways, are you a hardcore enough 5’s player to want a pair?