It’s always fascinating to get a peek into the workings of a football boots sponsorship detail, as it gives us mere mortals a glimpse at the in’s and out’s of football as a business. 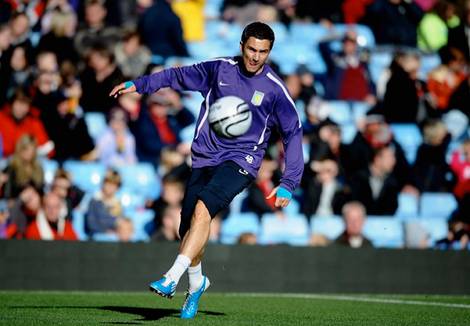 A shame, then, that Aston Villa’s Stewart Downing’s sponsorship with adidas has been revealed to the public in such disdainful circumstances after being presented as part of evidence against his former agent in an ongoing court battle.

The deal was agreed in 2005 and was renewed in 2008 – during Downing’s fledgling years at home-town club Middlesbrough, after just breaking into the England Senior team under Sven Goran-Eriksson.

Revealed in the agreement is that Downing was to be paid a square £100,000 a year to wear the F50 football boots – add ontop of that VAT and performance based bonuses – and Downing’s total earnings by the end of the deal was just shy of half a million pounds.

Having been an F50 representative his whole career, we’d guess that the Teesider is on a comparable amount at the moment, having re-negotiated the deal at the end of 2008.

With all due respect to Stewart Downing (he’s really come into his own this season, as we’re sure any Villa fans will agree), in 2005 he was only 20 years old, and Middlesbrough reached the UEFA Cup final – we’re all for investing in youth, but £100,000 seems awfully steep to wear adidas football boots!

What do you reckon to this contract? Does that amount seem ‘about right’ for you? Are are you shocked at the amount of cash being spent on signing players?

Written By
Kyle Elliot
More from Kyle Elliot
The wait is over, Liverpool's new kit has landed - what do...
Read More