adidas have come under fire over the past 6 years for their football designs – with players and pundits criticising the Teamgeist in 2006 and the Jabulani in 2010.

But one area they’ve always excelled in is the Champions League – especially with their Finale series of footballs. So exactly goes into the production of the ball for Europe’s most eagerly anticipated game of club football?

We find out when we put our questions to Mark, Senior Product Manager for adidas football. 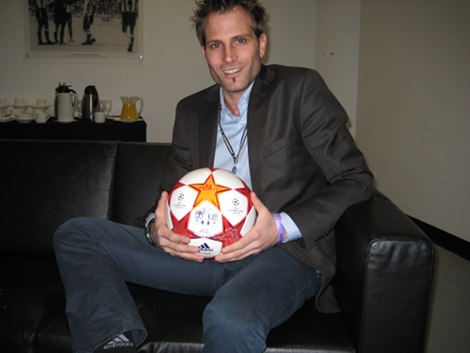 How long does it take to develop an important ball like the adidas Finale London?

Overall, from the first briefing, collecting ideas and everything – right through to the retail launch of the ball – a period of 18 to 20 months

What are the biggest challenges when taking an already great ball and then having to redesign a new one?

I think basically, the Champions League ball with it’s unique star-panel shape is already a great story – and Wembley itself hosting the final is something that gives you a lot of angles, plenty of opportunities to add value to the product.

What you see the adidas Finale London is what we’ve tried to capture in previous designs; that have colour details referring to the stadium, incorporating the Lions of London, the orange top-star that shows the modern, exciting part of London’s identity – that makes this product very appealing. 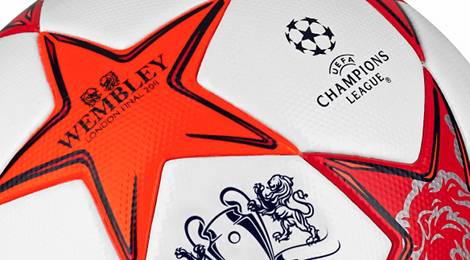 Technically What are the differences between the adidas Finale London and previous Champions League balls?

What are the benefits of sticking with the Finale X design?

It’s all about the star-panel shape – all 12 stars are very homogeneous, which from an aerodynamic point of view creates a very stable flight path

The texture of the ball is something that’s developed considerably over the 16 different Champions League balls – what can you tell us about that area?

Texture isn’t something that makes a difference from an aerodynamic point of view – it’s more for grip.

As you will see out there on the 16 previous balls we started with hand-stitched balls, before moving onto Thermal bonding, then experimenting with panel shaping since 2006 and refining that into the star-panel shape in 2010.

What we have done in between those big innovations is refine the texture of the outer casing of the ball – improving contact not only between a player’s boot and the ball, but also the goalkeeper’s glove and the ball.

Football boots have changed considerably too – it used to be just leather boots, but now we have synthetic materials to deal with too – and they one of the reasons we looked to improve contact between the ball and the boot! 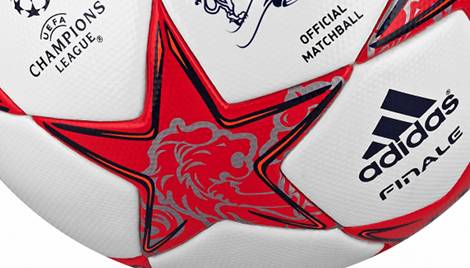 So, you test every new ball with the latest Football boots?

Exactly, not only do we test each ball with the latest leather and synthetic materials available at the time, we also look to the future and test every new Finale ball with football boots made from materials that might be available in 18 months time from now.

adidas have been well invested in the concept of goal line technology – have you had any input in that area?

Of course, currently it’s a topic that everyone’s talking about – but all we can do is wait for the next steps to be taken. We have to wait and see what FIFA’s position will be before we can see this moving on.

Written By
Kyle Elliot
More from Kyle Elliot
Five of Brasilian football's premier clubs are united in the yellow of...
Read More