As we reported in March (Read the Story), the world’s leading football boot company Adidas will be producing the match ball for the upcoming European Champions League Final in Athens on May 23rd. Here is a splendid image of the Adidas Finale Athens ball in all its glory… 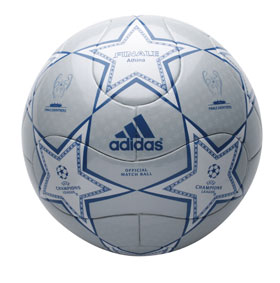 Adidas is the Official Match Ball supplier to all major UEFA, FIFA and IOC tournaments. Adidas will continue to produce the Finale starball for the 2007, 2008 and 2009 finals.

Written By
Felipe
More from Felipe
Want to see the World Cup come to England in 2018, if...
Read More