Here’s the latest incarnation of the highly successful Adidas F50.9 TUNiT in a true blue, running white and cyan colourway. 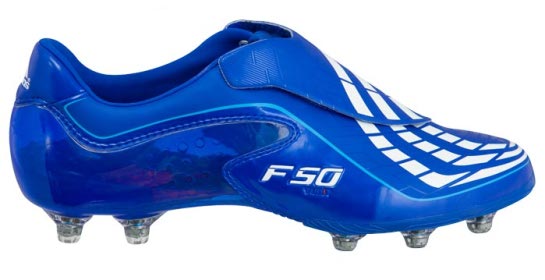 The new boots, which will be available from late March or early April, have already proved a big hit with Lionel Messi (who has his own signature pair), Valencia’s David Villa, Arjen Robben of Real Madrid and Emmanuel Adebyaor of Premier League side Arsenal.

* The cooling comfort of CLIMACOOL meets the high-performance adaptability of TUNIT. Tune your boot to match the pitch, the heat, your skills and style.

*Available in HG, FG and SG

Written By
Felipe
More from Felipe
Fergie and the Special One will go head to head in the...
Read More