After starting the Crazylight trend way back in March, the adidas f50 Crazylight are at it once more with a second edition that’s even wilder than the first!

As if the ‘standard’ f50 wasn’t light enough at 150g, the adidas f50 Crazylight weighs in at just 140g – but what does it take to trim off that extra weight? 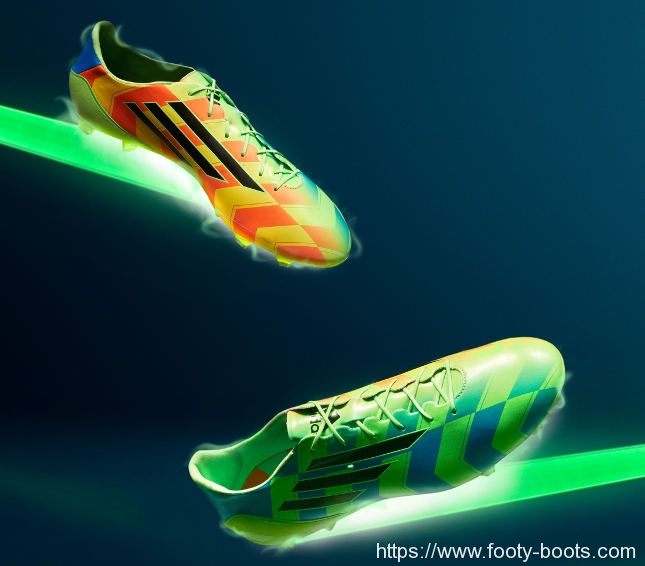 Well for starters, adidas have developed a brand new ‘skin’ upper for the adidas f50 Crazylight (though it is the same material that we saw on March’s version), that is micro thin and ultra-light.

The graphics on the boot also retain the chevron-style arrows of the last model, evoking the illusion of forward motion and corner indicators on motorsport circuits, set against black adidas stripes. 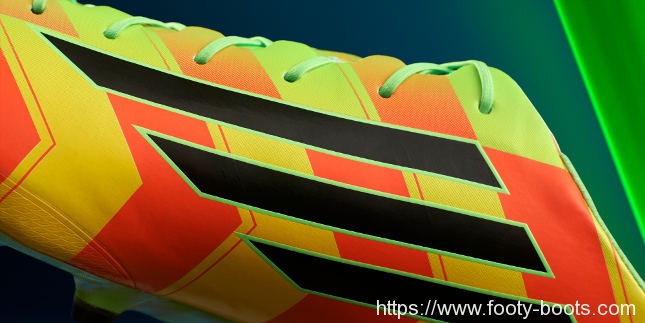 Unlike last season’s almost camo-inspired colourway, adidas have gone all out with the neon palette this time out, with Solar Gold / Black / Solar Blue / Neon Orange and more coming together for one of the most visually distinctive football boots we’ve ever seen.

Also stripped back on the adidas f50 Crazylight is the adidas Sprintframe soleplate. 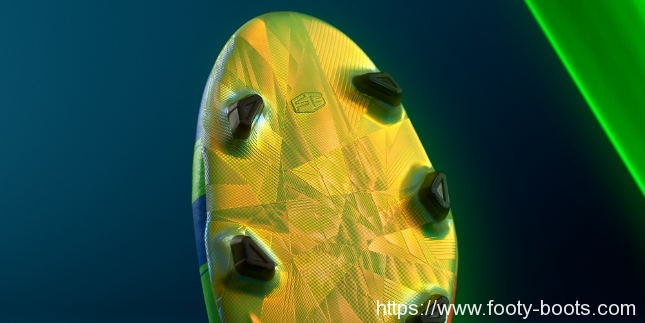 Whilst the rest of the cleats in the adidas Crazylight Pack get the SprintFrame from the standard f50, the adidas f50 Crazylight gets a refined version tweaked for more outrageous speed.

The midfoot braking stud has been removed, and the studs themselves are shaved down to be a little thinner than usual, again saving on weight. 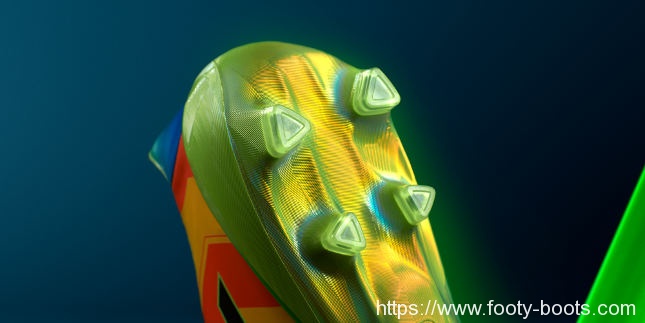 We’ve already seen Gareth Bale and James Rodrigues wearing the adidas f50 Crazylight in training last week, but an injury to Bale could mean that only the Colombian could wear these ultra-light football boots in el Clasico and Real Madrid’s upcoming Champions League game with Liverpool.

If you fancy joining James in these cleats, you’ll be paying a premium, as each pair will cost £255.

If that sounds about right to you, you can:

Or leave us a comment to tell us what you think!