There’s scarcely a top-flight footballer who doesn’t have a bit of ink somewhere on their body, so isn’t it time their football boots had some to match? Introducing the adidas f50 adizero Tattoo Pack.

Set to be debuted this weekend by FC Barcelona’s Luis Suarez, adidas are clearly looking to make a huge impact with this sensational limited edition release. 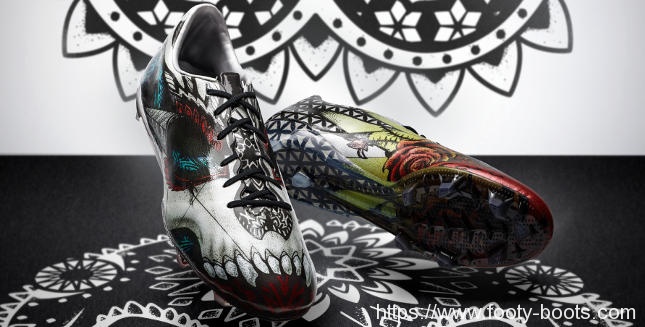 The Tattoo Pack adizero is represents the creativity and self-expression that only the very best players are capable of.

The left and right boots feature separate motifs that bring to life the themes of “love” and “hate”. 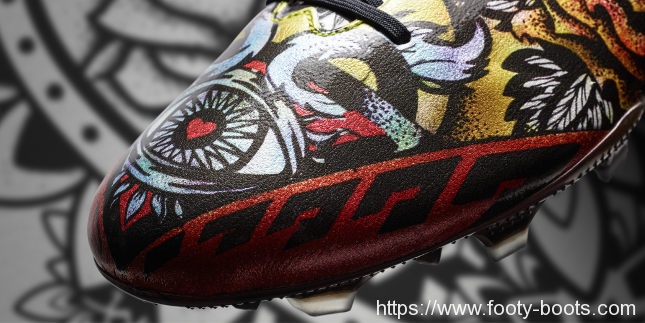 The left boot is designed with bright colours and diverse designs including a rose design that symbolise a player’s love of the game. 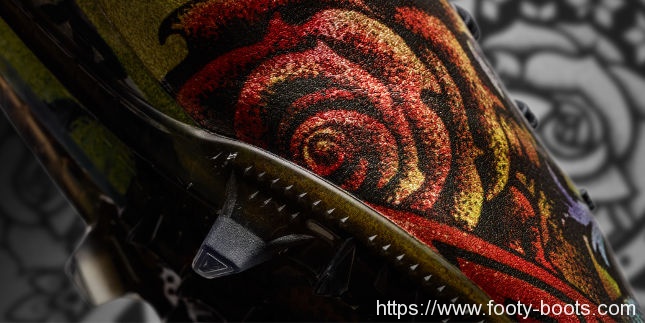 The first limited edition version we’ve seen on the new 2015 adizero, the Tattoo Pack adidas f50 looks the absolute business, with no square millimetre of the boot left without a motif.

In terms of performance, that new adizero design lends itself well to a graphic print. With no Speedfoil heel, the whole boot gets a seamless look which helps feel consistent. 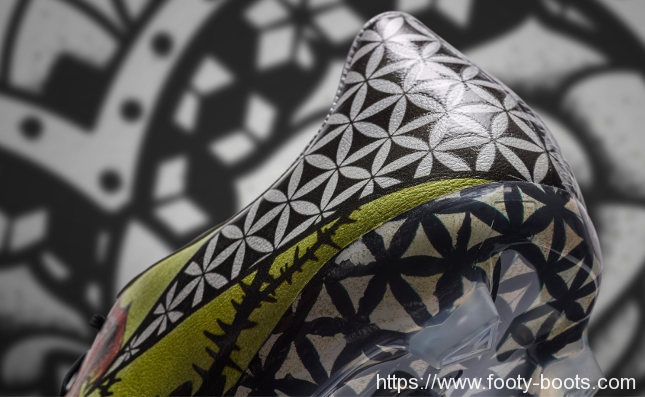 That said, it looks like adidas have sacrificed the 3D DribbleTex print from the upper to make way for the graphic, opting for an all-over leather-like finishing paper instead, 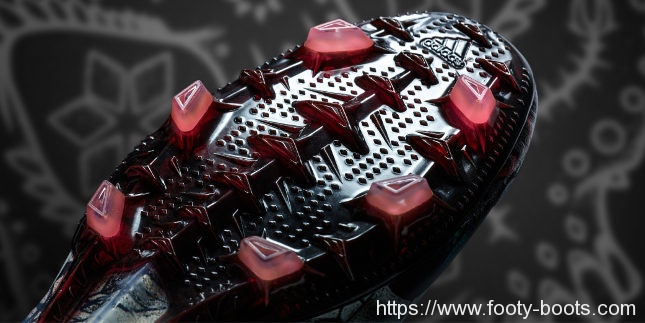 Luis Suarez will have his pair in time to face Rayo Vellacano this Sunday, whilst you can purchase a pair of the adidas f50 adizero Tattoo Pack on Monday the 9th of March if you’re so inclined.

What do you think on this limited release from the Three Stripes?

adidas f50 adizero Tattoo Pack Launched, 9.4 out of 10 based on 34 ratings https://www.footy-boots.com/wp-content/uploads/2015/03/adidas-f50-adizero-tattoo-pack.jpg

Written By
Kyle Elliot
More from Kyle Elliot
Puma have some of the greatest players ever to play the game...
Read More