Launching on Halloween, adidas are making the most of the fact that their time to refresh their most popular football boots falls on October 31st this year, with a chilling White colourway that’s fleshed out with a Slimer-esque Solar Green. 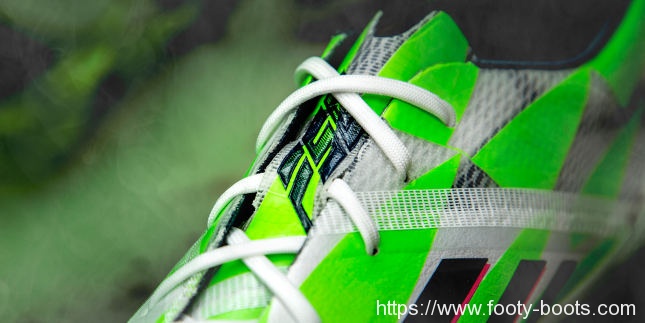 Retaining the Battle Pack pattern for another quarter, the adidas f50 adizero Supernatural is just another colour update for the f50 despite it’s special name.

Meaning you’re getting all the signature f50 technologies on the boot, including a soft-touch HybridTouch upper in the forefoot, with a Dribbletex 3D print for added control. 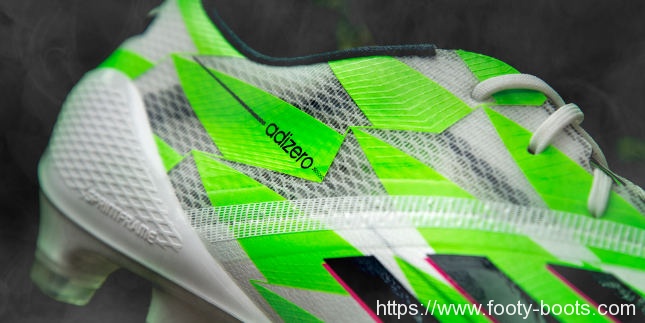 Under the heel you’ll the Speedfoil – a firmer, semi-transparent synthetic material which aims to add stability in comparison to the soft flexibility of the HybridTouch.

Be reenforcing this part of the boot, adidas allow the f50 to produce a greater lockdown effect for improving traction. 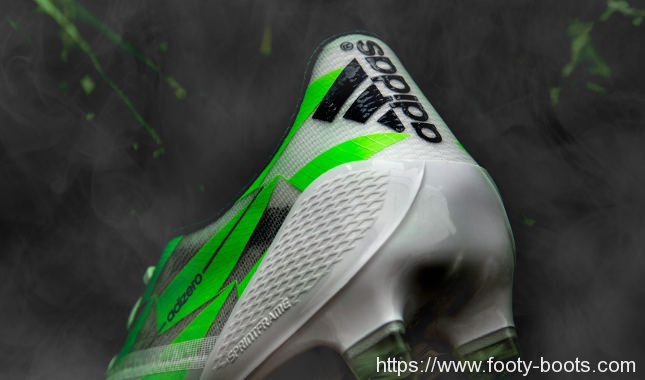 Of course, the adidas f50 adizero wouldn’t be complete without the Sprintframe. The key to making these football boots tip the scale at around 155g (depending on your size), the Sprintframe is precision engineered to help make you feel light on your feet without compromising on performance. 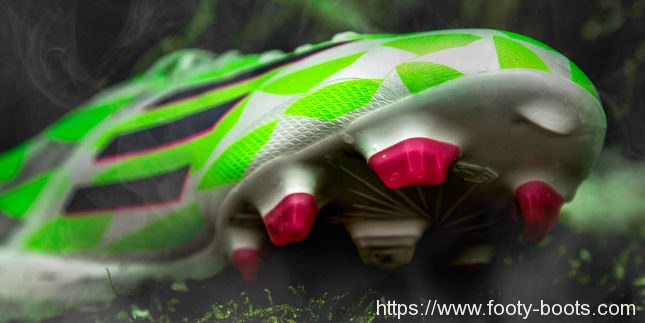 Helping with that goal are the SpeedTraxion studs, which are lower-profile to help bring the ball and your feet closer together when in possession, and closer to the ground when closing down the opposition.

adidas have also rearranged the studs into a new alignment for this generation of f50, allowing more control when making fast cuts and turns. 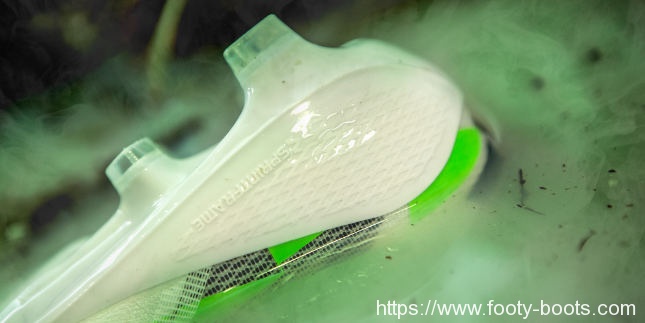 We’ve already spotted Marcelo at Real Madrid wearing the adidas f50 adizero Supernatural, and would expect the likes of James Rodriguez, Luis Suarez, Andre Schurrle and Arjen Robben to step into them, as well as Diego Costa and Gareth Bale when they return from injury.

What do you think of these new adizero’s?

adidas f50 adizero Supernatural | White / Solar Green, 8.5 out of 10 based on 33 ratings https://www.footy-boots.com/wp-content/uploads/2014/10/adidas-f50-adizero-Supernatural.jpg