Ever since the major shake-up that was the adidas Samba Pack launch back in November, adidas seemed to have reigned in the colourway updates.

Sure, the ‘Black Pack‘ was a nice alternative to the Brazilian-themed hues of last yea’s big releases, but on the pitch most of the players are still in the same colourway they were three months ago. 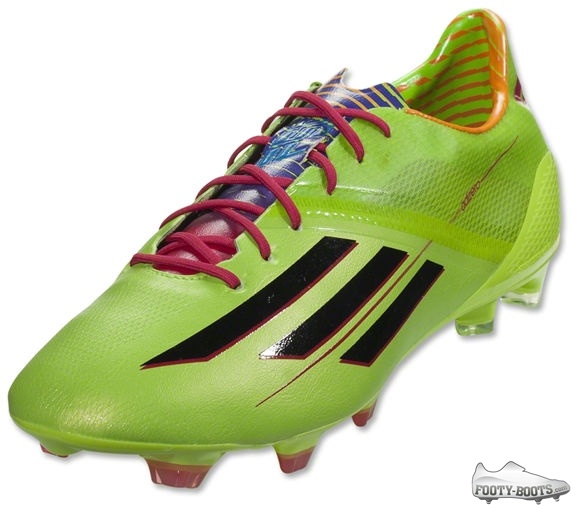 Now, adidas are offering up something fresh for F50 fans in the form of these gorgeous Solar Slime / Black adiZeros.

A continuation of the Samba theme, this fresh update is definitely adidas’ lightest at its eye-catching best.

adidas are set to offer up this colourway exclusively to players in each territory – for example, Arjen Robben will be the only player in the Bundesliga to wear this edition of the F50.

But, aside from that caveat, you’re still getting the same great synthetic adidas F50 adiZero you’re used to seeing by now.

At 150g, this generation of F50 smashes the previous benchmark set by the series of 165g. The revolutionary SpeedFoil heel section cuts down on the weight immensely (however, is a little stiff out of the box, so be sure to break it in properly.) 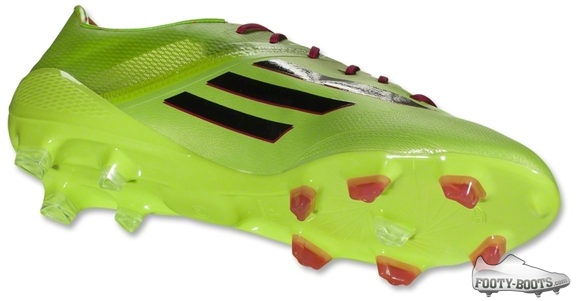 The forefoot brings in the HybridTouch synthetic leather that adidas have made their signature over the last few years providing a lighter, more natural touch on the ball than previous synthetics like the adiTwin Lite.

Hitting stores this week, you’ll be able to pick up a pair from today on the Footy-Boots.com.

Or, thrifty shoppers can make the most of the offer we’re running with StartFootball.co.uk this month and snag 10% any boots when using code ‘FBOOTS10’ at the checkout.

adidas Deck Out F50 adiZero in new Solar Slime Colour-Up, 8.2 out of 10 based on 57 ratings https://www.footy-boots.com/wp-content/uploads/2014/02/adidas-f50-adizero-running-solar-slime-black.jpg

Written By
Kyle Elliot
More from Kyle Elliot
adidas files a trademark for 'adiPower' what could this trademark have to...
Read More