adidas have been creating an increasingly bright spotlight for their miadidas service to shine under; a high-profile campaign at the end of last year and the addition of Camo options to the Predator and NitroCharge' have ensured there’s been plenty of chatter about custom boots and that’s only set to increase with the arrival of a miadidas exclusive option for the F50. 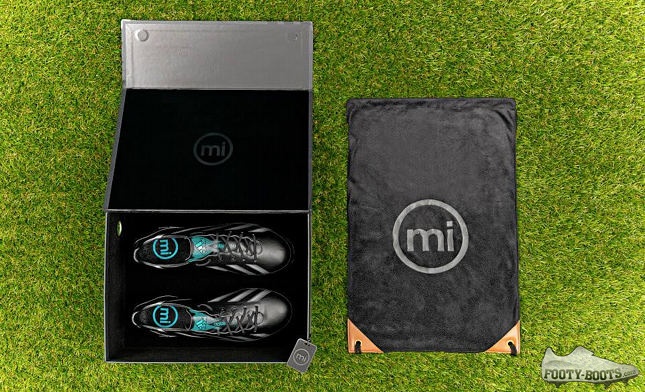 Dubbed the adidas F50 adiZero Premium edition, this is the F50 at it’s most extravagant. As rumours of the next generation of adidas speed boots begin to swirl, we’re looking at this as a glorious swansong to the best adiZero yet.

What’s different to a standard retail model? Well, adidas have brought a leather-grain synthetic to the premium edition. We believe this is the same style of upper that we’ve seen on the Messi signature F50’s, melding the lightweight benefits of SprintSkin with a more natural touch. And in deep black with silver trim, it’s never looked better. 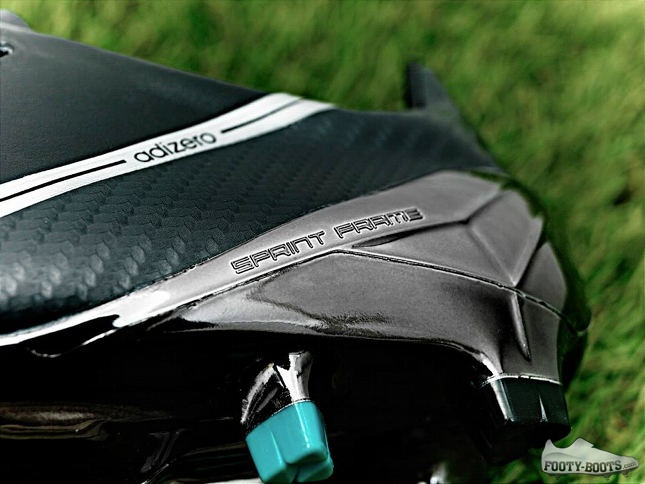 Bringing up the rear is a Carbon TPU heel insert – something you won’t find on any incarnation of the adiZero to date, the thinking here is to bring a new level of support and stability to the F50’s already-impressive of technology and features.

You’ll also find a miadidas-exclusive chromed-out SprintFrame on the Premium edition F50. Whilst it will likely scuff up within moments of usage, you’ll have a level of gleam on your wheels that even El Hadji Diouf would be proud of.

Putting the ‘premium’ in ‘premium edition’ is the smart presentation case, plush boot bag and an all-black keychain personalised in the same way as your new boots.

At £192, the' adidas F50 adiZero Premium edition comes with a bit of a, well, premium on the regular F50 – but they’re definitely one way to stand out on the pitch.

What do you think of these lux F50’s? Let us know!

FAST & FLASH: ADIDAS F50 ADIZERO PREMIUM EDITION, 9.1 out of 10 based on 59 ratings https://www.footy-boots.com/wp-content/uploads/2013/08/adidas-f50-adizero-premium-edition.jpg

Written By
Kyle Elliot
More from Kyle Elliot
We break open a very special package from adidas in this equally...
Read More